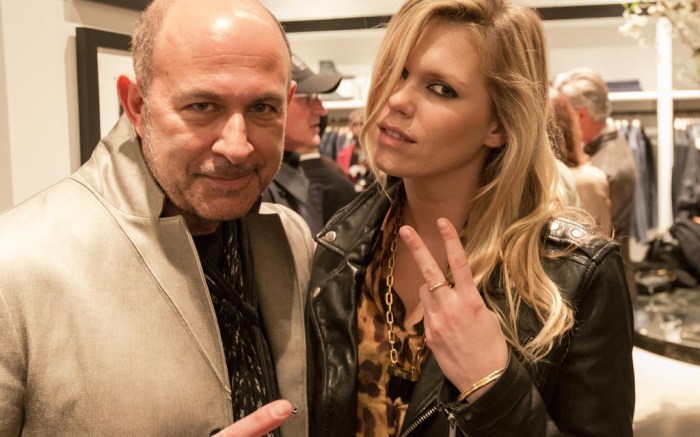 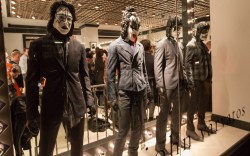 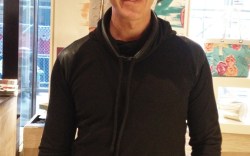 Rock On
It’s lucky number 13 for John Varvatos. The designer opened a boutique on New York’s Madison Avenue this week, marking the brand’s 13th retail location. “Opening a store on Madison has always been a dream of mine. I wanted to reflect a vibe that felt authentically Upper East Side residential, with a modern edge,” said Varvatos, who celebrated with a soiree Thursday. Big names partying in the 4,200-sq.-ft. spot included DJ Alexandra Richards and co-host Cristina Cuomo.

Design Board
David Bromstad has a lot on his design plate these days. After successfully debuting his first collection for Naturalizer this spring, the HGTV host and interior designer hinted at a possible expansion into apparel. “I’m taking it one shoe at a time,” quipped Bromstad, who is involved in a string of companion projects that include a towel collection, set to bow this month, and a furniture and home décor line, slated to hit stores this summer. In between, Bromstad has found time to work on a new show for the cable network. “I’m doing a series of my own,” he said, remaining mum on details. “It’s still in development, but [it revolves] around real estate, renovation and design.”

Idols Give Back
Star power united this week when “American Idol” winners David Cook and Kris Allen performed at a free benefit concert for Soles4Souls. Also on hand for the Tuesday event was self-proclaimed Idol fan and “Nashville” star Oliver Hudson. Fans were asked to donate a pair of shoes for the charity, which uses the old pairs to help fund small business loans and outfit anyone in need. Allen donated a pair of Converse and Cook a pair of black combat boots. By the end of the evening, the organization had collected enough donations to help 1,500 people.

Island Art
As part of Milan Design Week, Fratelli Rossetti will host an installation by Letizia Cariello in the footwear label’s boutique on Via Montenapoleone. The exhibit, titled “Island,” will run April 8-13 and feature the artist’s favorite Fratelli Rossetti laceups as a centerpiece. “When Fratelli Rossetti contacted me, it made so much sense,” said Cariello. “I just drew out something consistent: a dialogue with the objects, shoes, interiors that I had already started elsewhere. As a result, the imaginary island was already in my mind.”