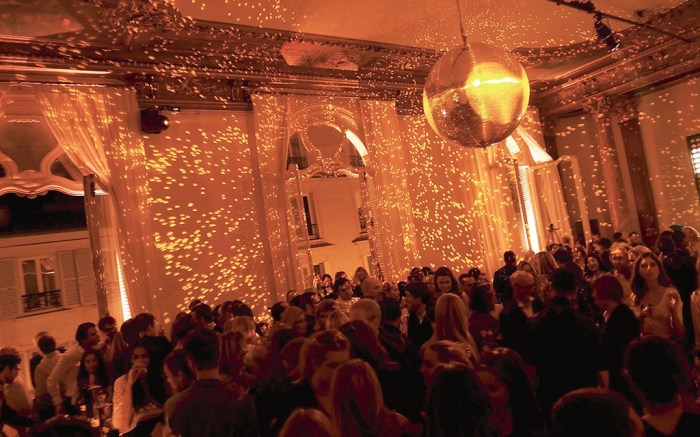 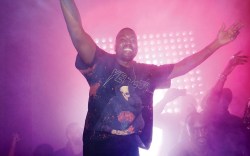 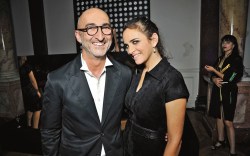 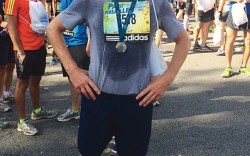 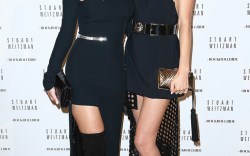 Bon Anniversaire
What’s the most fitting way to fête 15 years? For Pierre Hardy, it was throwing a roaring disco party in his former Paris residence and showroom. Last week, Hardy was still basking in the glow of his big night, which was particularly significant for the designer since he is planning to soon sell the space. “Every moment was special,” he told Spy. “But I had an amazing feeling when I entered the empty space with all the lights on, just before the party started.”

The designer also shared some highs and lows of 15 years in the biz. For Hardy, the most difficult period came during his third season. “The collection never existed except in my showroom. The manufacturer didn’t want to produce it,” he recalled. But he prevailed — and sounded off on highlights of his career since then. “[I loved] the opening of the first Pierre Hardy boutique in Paris and then in New York, and [seeing] the enormous disco ball spreading sparkles all around the ballroom on Saturday.”

Marathon Man
Even with a fast-growing namesake line, several major outside design gigs and a frenetic travel schedule, Paul Andrew still makes time to run every day. And during Paris Fashion Week, the designer took to the streets to participate in his first half-marathon. When Spy caught up with Andrew a few hours after he crossed the finish line, he was still on a runner’s high. “I was determined to go fast, so I was weaving in and out of all of the crowds of people,” said the designer, who ran the race in an impressive one hour 18 minutes. After Paris, he planned to shift focus back to the CFDA/Vogue Fashion Fund competition. Andrew already has an industry coach in mind if he wins (mentorship is part of the final prize, along with a monetary award), and it’s a somewhat surprising choice. “I would love [to work with] Mark Parker at Nike,” Andrew said, adding that he’s fascinated by the way athletic designers build their highly technical collections. Are sneakers in Andrew’s future?

Stuart’s Stars
It’s no surprise that many Hollywood insiders are expecting big things from up-and-comer Dylan Penn, the 23-year-old daughter of Sean Penn and Robin Wright. The fledgling actress is the co-star of Stuart Weitzman’s latest short film, which also features Poppy Delevingne and is directed by Julia Restoin Roitfeld, the oldest daughter of Carine Roitfeld. The trio was on hand last Monday night at Weitzman’s Paris Fashion Week soiree to celebrate the short, called “Rock Roll Ride.” “Two incognito blondes on a wild adventure” is how Delevingne summarized the film. Her sister, Cara Delevingne, was there to show support, along with Restoin Roitfeld’s famous mom. Rosie Huntington-Whiteley, Miranda Kerr and Ciara (who first made an appearance at the Aquazzura party earlier in the week) also attended the screening.

Edgardo’s Edge
Edgardo Osorio’s star continues to rise. The Aquazzura designer threw a much buzzed-about Paris Fashion Week fête at the ornate Hotel Le Marois, which was attended by celebs, socialites, and top retail brass from Saks, Neiman Marcus, Bergdorf Goodman and Barneys. “I went to my friend’s 40th birthday here, and I knew I had to have a party [in the space],” he said. It was certainly an event to remember — after all, Spy doesn’t often spot men in heels (a group wore Aquazzura’s strappy signature sandals for more than three hours, while greeting arriving guests). Osorio said he wanted to prove his shoes truly are comfortable. While he was excited about the party’s success, the designer said he’s even more fired up about the opening of his first store, which debuts this month in Florence in the famed Palazzo Corsini (where the designer also resides). “I can’t wait to get home to see it,” he said after finishing up hundreds of buying and press appointments. Fun fact: The floors of the boutique were inspired by the Mark Hotel, located in Manhattan’s Upper East Side neighborhood. “It’s my favorite place in New York,” Osorio said.

Spotted
Alessandra Lanvin celebrating the opening of her first Paris boutique at a party last Tuesday. The store is located on the stylish Rue du Mont Thabor, already home to fellow cobbler Gianvito Rossi as well as Ferdi and Kinugawa, two eateries frequented by the fashion set.