FN Spy: The Can Can is Back…OITB Actress On Her Shoe Obsession 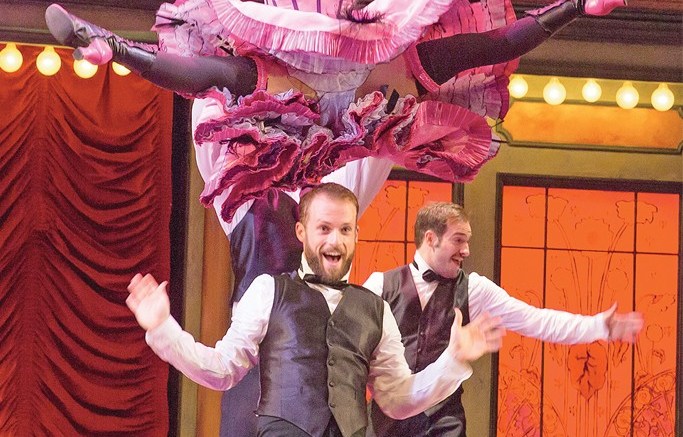 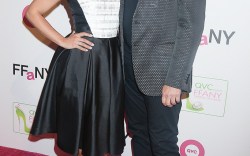 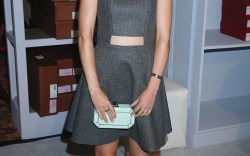 Dance Number
Can you Can-Can? The musical is coming back to Broadway, and durable footwear was a must for the cast. So the show’s costume designer, Ann Hould-Ward, turned to on-stage favorite LaDuca dance shoes for its signature boots. “The hardest part was going back and forth and figuring out the heel heights,” said the brand’s chief creative officer Brian Bustos. “[For a standard dance], we use 3-inch heels, but we scaled back to 2.5 inches. It’s the beauty of elongating the legs, with a little bit of flare.” Here, Hould-Ward spills about the “Can-Can” set.

What’s the scoop on the show’s footwear?
“It’s an incredibly difficult and challenging dance show. All of the footwear has to be pretty but phenomenally durable. LaDuca is making the lace-up boot, which are black with a bright pink toe. What we’ve done with the colors is really fun in relation to the number.”

Any behind-the-scenes moments?
“During rehearsals, you have to break the boots in. One of the amazing things is just the sheer endurance of the boot. Paired with garters and stockings, it [makes for a] wonderful dance.”

Prison Break
Who needs clean clothes when you can craft a footwear space instead? “I turned my washer/dryer room into a shoe closet, and I have over 100 pairs in that room alone,” said “Orange Is the New Black” actress Selenis Leyva, who plays Gloria on the show and was on hand at FFANY Shoes on Sale with designer Carmen Marc Valvo. Leyva said that Escada and Stuart Weitzman are two of her red-carpet favorites. “I literally feel like I’m barefoot, they are so comfortable,” she said of her Weitzman looks. When asked if she’d like to swap footwear closets with any fellow cast members, she said, “We are so close, but everybody has really big feet on the show.”

Shopping Spree
It isn’t always easy for AnnaSophia Robb to find great shoes — she wears a size 5 — but the actress said she had plenty to choose from in the SOS salon Wednesday night. “I was surprised to find a lot here,” Robb said as she eyed a Jimmy Choo look. For her party ensemble, the former “Carrie Diaries” actress and current New York University student chose Stuart Weitzman Nudist sandals to pair with her cut-out dress. “They’re classic, sexy and comfortable,” Robb said of the ubiquitous red-carpet style. Other footwear favorites include Charlotte Olympia and Sophia Webster. “Their designs are always so much fun,” she said.

“I was fortunate enough to receive mentoring from Josh,” said Simmons when presenting Schulman and Bergdorf the SOS Retailer of the Year honor. “I begged him and begged him until he said yes. I’m so pleased you were on that plane and I met you,” she told Schulman.

“Wow, this is like a footwear bar mitzvah,” Schulman in turn joked when he took the stage.