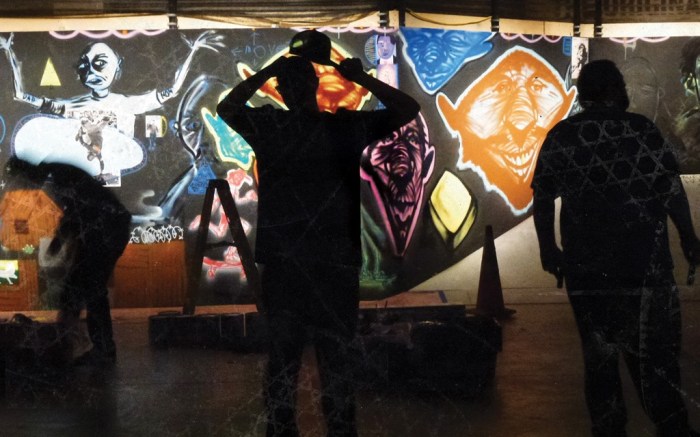 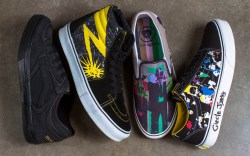 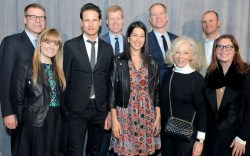 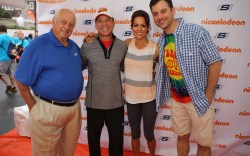 Headed South
The wait is over for South by Southwest. While Kickstarter-funded films and high-profile artists such as Coldplay and Keith Urban will make a splash, fashion won’t miss a beat either. The House of Vans at the Mohawk music venue will feature an eclectic lineup of more than 100 performers in four days. At the new Vans Village, showgoers will have the chance to watch BMX athletes and meet featured visual artists. They also can buy reissued limited runs of shoe collaborations with Circle Jerks, Motörhead II, Bad Brains and Rise Against.

Elsewhere, Texas-based Neiman Marcus is launching the “Make Some Noise” campaign for SXSW, spotlighting influential women in pop culture, fashion and music. During a three-day event starting March 12, women such as Debbie Harry and Olympic gold medalist Sanya Richards-Ross will participate in fireside chats and panels.

Minkoffs’ Excellent Adventure
Seattle was calling for Rebecca and Uri Minkoff. The duo jetted off last week to Nordstrom’s headquarters there, where they were recognized with the Nordstrom Partner in Excellence Award. As a fan of the retailer, Rebecca Minkoff shared her excitement: “As the largest premier department store in the U.S., Nordstrom, like Rebecca Minkoff, dedicates resources toward customer engagement. Nordstrom evolves with their customer, connecting with them through multiple channels, utilizing social media as a platform for customer service and investing in in-store technology.” Power players and family members were in the house, too, including Blake, Pete and Erik Nordstrom. The award is given each year to a partner with a “commitment to the customer” and a brand that performs well across categories such as quality, value, service, business ethics and fashion.

Converse’s Musical Chairs
Three artists, one song. Converse’s latest music collaboration was announced on Thursday at the brand’s Rubber Tracks recording studio in Brooklyn, N.Y. MTV’s Sway Calloway joined Geoff Cottrill, Converse’s VP and GM of brands and segments, to lead a panel discussing “Hero,” a song by Diplo, punk legends Paul Simonon and Mick Jones of The Clash, as well as Frank Ocean. Spy caught up with the artists post-panel to ask about their favorite Converse styles. “We wore the [original black high-tops] on stage once to dodge people who didn’t like punk rock music,” Jones quipped. “When we got Converse sneakers, we could move quicker.” And in the artists’ downtime from recording, they visited a skate park in West London. “Just imagine me trying to do an upside-down flip,” Jones joked. Meanwhile, Diplo is focusing his energy on kids who love the sport. “My son is 3 and has a red plastic skateboard with lights on the wheels,” he said. But Diplo’s love of skateboarding goes back to his Florida childhood. “I used to love buying Etnies and bright shoes like Diadora, Etonic and Pony,” he said. “What about creepers and you put wheels on them?” Jones added. “If we could still skate, those are the shoes we would wear.”

Million-Dollar Smile
Show them the money. The Skechers Foundation hit a milestone last year when it raised $1 million for its Friendship Walk, and the organization recently had the opportunity to present the hefty check. Late last month, Skechers USA Inc. President Michael Greenberg gifted the money to The Friendship Circle, a nonprofit that assists children with special needs. “We’ve been involved with the Friendship Circle for close to 10 years, and it’s a day full of love,” Greenberg told Spy. But when the executive isn’t walking for a cause, you might find him running. As Skechers continues to beef up its assortment of GoRun product, Greenberg is following suit. “I try to get out there five days a week, to rack up the miles,” he said. Skechers plans to sponsor a handful of races this year, including a 5K, half- and full marathon. So will Greenberg step up to the line for the runs? “I never thought about that. … I think you just put out a challenge,” he quipped.