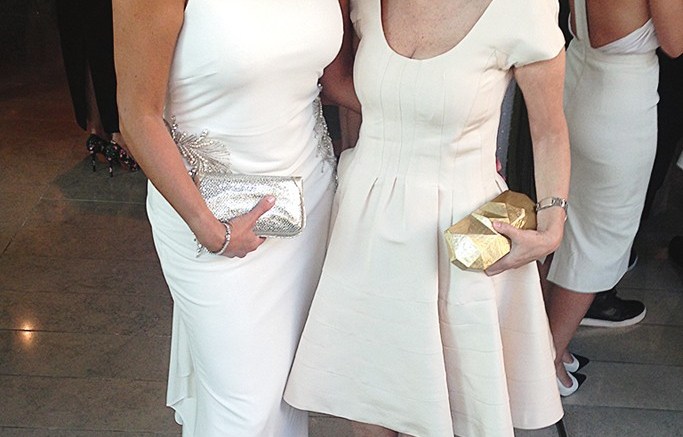 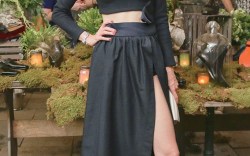 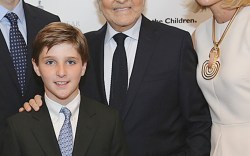 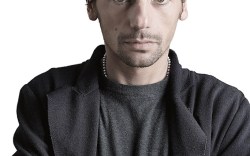 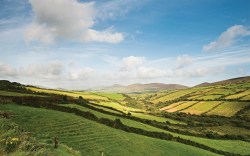 Footwear Fanatic
Not surprisingly, Marigay McKee has quite the impressive footwear closet. “I’m loving what Manolo Blahnik is doing. I love what Jimmy Choo does for sexy pumps. Clearly I always love what Christian [Louboutin] does. Of course, my Azzedine Alaïas are eternal,” said the president of Saks Fifth Avenue at last week’s CFDA Awards. So what styles suit her best? “I might be getting a little more cautious as I get older — not in terms of heel height, but in terms of being daring.”

Man Show
Christian Louboutin fêted his growing men’s collection in style last week. Guests braved the rain to step back into the Jazz Age on the rooftop of the McKittrick Hotel in New York. It was an homage to the label’s classic oxford Alfred, named after dance legend Fred Astaire, and showed how Louboutin can be understated in his execution. Celebrities on hand included “Hart of Dixie” star Jaime King and TV personalities Brad Goreski and Cameron Silver.

Restaurant Confidential
Industry vet Rick Paterno is moving from footwear to food. The former Highline United chief, who stepped down in late May, revealed that he and his wife are opening a restaurant called The Free Range in Chester, Vt., where they have a home. The eatery, which will serve creative comfort food, is set to open at the end of August. “I’m leaving the industry, so I’m a little melancholy tonight,” Paterno confessed at last week’s FFANY party. “But this is something we have been thinking about doing for a long time. I’m going to be living my dream.”

Fathers Know Best
For Vince Camuto, Father’s Day arrived a bit early this year. The National Father’s Day Council named him, along with NFL star Curtis Martin, Bloomingdale’s Chairman and CEO Tony Spring and New Jersey Governor Chris Christie as Fathers of the Year. At last week’s event honoring the notable men, Camuto’s sons, Christopher and John Camuto, introduced their dad, while daughter Andrea and youngest son Phillip were also on hand. “Being a dad is the greatest thing that could have ever happened to me,” said Camuto. “Every day I wake up feeling like a gladiator thanks to my kids.”

Men’s Moment
Daniele Michetti can finally walk in his own shoes. The designer is set to launch men’s for spring ’15 with a collection inspired by a recent 10-day trip to the West Coast. “I like the feel [of California]. Everything is easier than New York,” he said. While the designer is busy juggling his own line and a design gig at Tod’s, Michetti said he makes sure to incorporate down time into his schedule. “I like to make shoes Monday through Wednesday,” he said. So what about Thursday and Friday? “That’s for partying,” he quipped. Priced at $550 to $750, the men’s line features rugged boots, loafers and laceless looks with tassles and studs. Up next, Michetti will jet off to Milan for a Tod’s meeting.

Summer Sizzle
Bon voyage! The footwear industry is gearing up for their summer vacation plans. Where are they headed? Read on.

Kenneth Cole, founder & designer, Kenneth Cole
Summer stop: “I’m hoping to find time for Martha’s Vineyard. That’s where I go when I have the time.”

Isack Fadlon, co-founder, Sportie LA
Summer stop: Ireland, followed by Jerusalem, with a potential stop in Italy in between. “In Ireland, we’ll get a car and try to see a lot,” Fadlon said, who will travel with his family. “My daughter is 2 1/2, though, so we can’t do too much car time.”

Neal Newman, president, Two Ten Footwear Foundation
Summer stop: Ireland with his family. While there, they’ll visit Newman’s son, who is studying at University College Dublin. “Dublin’s a fun town,” said the exec, who maintains a home there. After Ireland, the Newmans and their daughter plan to wind down in sunny Marabella, Spain.

Spotted…
Steve Madden in his Long Island City, N.Y., factory producing last-minute samples for FFANY. “I realized there were a few things we were missing, so I decided to go make them.”