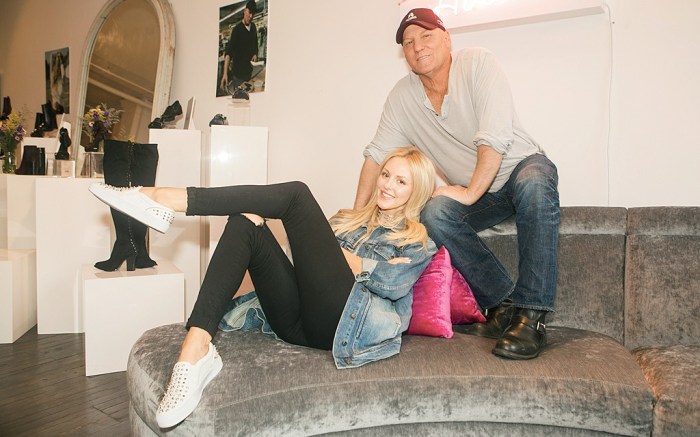 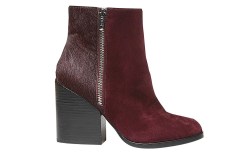 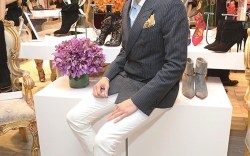 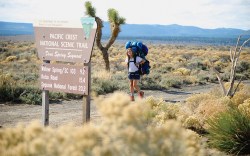 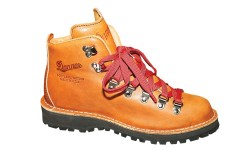 Peace Sign
Steve Madden is California dreaming. The namesake exec has a new blogger collaboration, this time with Shea Marie, the Los Angeles-based designer behind Peace Love Shea. “I had never met him, and I thought they just wanted to give me a pair of shoes,” Marie recalled. “I didn’t expect Steve to be there or want to work with me. I tried to play it cool and said, ‘Yeah, okay, maybe.’” The partnership eventually worked out — and seven styles will launch at select Steve Madden stores and online on Sept. 4. Retailers such as Shopbop.com, Nordstrom and Macy’s will stock the line beginning Sept. 8. The collection features boots with pony hair touches, stilettos with lug soles, a mixed-material loafer and a studded sneaker. “I bring a bit of laid-back cool, edgy and a little bit grungy,” Marie said. To fete the Peace Love Shea x Steve Madden collaboration, the brand will host an influencer party to kick off New York Fashion Week. Here, Madden gives his two cents to Spy.

1. Why were you drawn to Shea Marie?
“She’s an American girl, she loves fashion and [likes] to vamp it up. I really connected with her after the [campaign] shoot. She was sharing her texting secrets, but I can’t tell you [what they are about].”

2. Shea is based in California. What is your favorite part about the West Coast?
“I love to play golf in Southern California, and I like to drive around — it’s physically beautiful between the mountains and the ocean and the canyons. It’s really unbelievable, very different from New York City and this concrete jungle we live in.”

3. What excites you about bloggers, and who could be next as a partner?
“We just did a great collaboration with The Blonde Salad [Chiara Ferragni], and we have Man Repeller [Leandra Medine] for Superga. We’ve been very lucky with it. They all get Gucci and Louboutin, but they also understand Steve, so I appreciate that. I really like Cupcakes and Cashmere blogger [Emily Schuman].”

Shopping Spree
Aquazzura’s Edgardo Osorio recently ventured to China for an event at Lane Crawford’s IFC Mall store in Hong Kong. Consumers came ready to shop the Aquazzura x Olivia Palermo collection. “One customer arrived and bought everything available in size 35. Another arrived with her personal assistant and managed to shop the collection, pre-order and get her shoes signed in under 15 minutes. Now that’s power shopping,” Osorio said. Then he added, “Another person saw that I posted I was at Lane Crawford on Tuesday, flew to Hong Kong and went to the store — but she was two days too early for the event!” The fashion designer said he “was amazed by how young and fashion-forward the [Hong Kong] clientele is. They responded incredibly quickly through social media.” Plus, he had the chance to reunite with his muse. “It was a pleasure to see Sarah Rutson, [Lane Crawford] fashion director, who has always been in my mood boards and whose style is always an inspiration,” he said.

Wild West
Welcome to Hollywood, Danner Boots. This December, its Mountain Light Cascade style will make its film debut in “Wild,” starring Reese Witherspoon. Based on the best-selling book by Cheryl Strayed, the movie takes its heroine on a journey of self-discovery across more than a thousand miles of the Pacific Crest Trail. “The costume designer reached out to see if we could replicate the boot [worn] in the book, and we came up with this style based on our original [circa-1980s] Mountain Light style,” said Will Pennartz, senior marketing manager. More than 20 pairs of the look were ordered for Witherspoon, who, in one scene, throws one boot off a cliff, according to Pennartz. For those who want to walk in Witherspoon’s shoes, the hikers will be available in October at retailers including American Rag, James Perse and REI for $299.

Tall Order
Talk about workplace perks. REI head Jerry Stritzke said he didn’t have to go far from home to plan for an upcoming trip up Seattle’s imposing Mt. Ranier. The CEO — who’s set to summit the 14,410-foot glacier-topped mountain this month — sat in on an in-store class at the retail co-op to help prepare. “I went to one of our classes in our flagship store in Seattle — I was there with about 150 people,” he told Spy. “The only downside as I looked around is I was probably the oldest guy in the room.” Stritzke, who joined REI last year from New York-based Coach, said he’s appreciating the Kent, Wash.-based retailer’s outdoor culture. “We have some phenomenal athletes, and so that’s kind of one of the neat things about being here. You have a lot of people who enjoy doing the kind of things that are intriguing to you,” he said.