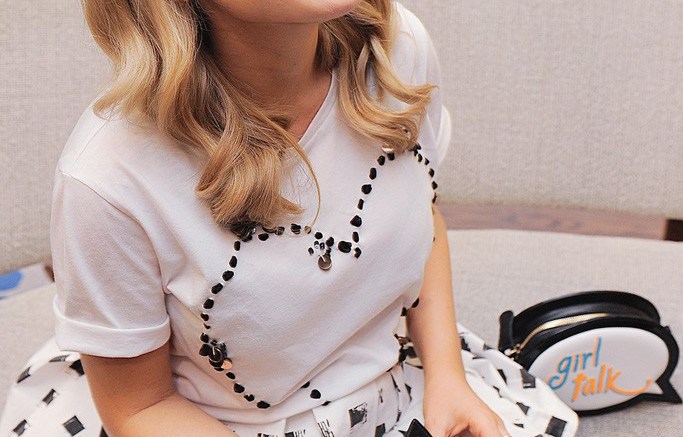 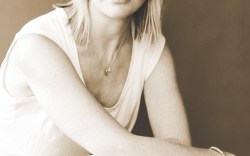 Globe Trotting
Sophia Webster doesn’t slow down. The British designer hit Asia last week for two store appearances with On Pedder. “They certainly enjoy fashion here, so it’s great to be with like-minded people who connect with even the most adventurous of styles,” she told Spy. First, Webster ventured to the Scott’s Square store in Singapore, followed by a second cocktail party in Beijing. “The best thing is to see someone from the other side of the world connect with my creations,” said Webster, who had one embarrassing moment while mingling with her customers. “I nearly managed to spell my own name wrong while signing someone’s shoes.” So what did she do during her down time? “We had a dinner at a tapas restaurant called The Black Swan with the On Pedder team.”

Royal Baby Fever
It’s been a wild few weeks for one little shoe company in Leicester, England. When 8-month-old Prince George, currently on his first royal tour to New Zealand and Australia, appeared before the flashbulbs wearing a pair of cream leather T-strap shoes by Early Days, the family-owned children’s brand became the target of a shopping frenzy. “As soon as the pictures were released, we noticed an immediate jump in our online sales. Within two hours we had to close our website, as we had completely sold out of the Alex shoe in ecru [seen on George], as well as many other styles. Then our retailers started calling,” said Paul Bolton, who runs the 10-employee firm with his brother Chris. When more pictures emerged the next day of George in the same Alex style, this time in navy, demand reached a fever pitch. “We now have our [Leicester] factory on continuous overtime, and if this continues, we’ll look to recruit more staff,” Bolton said. “We’re just a small, family-run business, so this has taken us totally by surprise.”

Page Turners
Designers are putting a new book on the shelves. The fashionable crowd descended on the Soho Grand Hotel last week to celebrate the launch of the Council of Fashion Designers of America’s ninth tome,  “The Pursuit of Style: Advice & Musings From America’s Top Fashion Designers,” a compilation of quotes from its 400-plus members. Designer Rebecca Taylor, who hosted the event with fellow CFDA members Lisa Salzer and Robert Geller, told Spy, “It’s so nice to be a contributor to such a great book that includes interesting musings from the industry.” Several shoe players weighed in, including Brian Atwood, who recalled that he knew he wanted to be a designer when “I put on my first fashion show at 16. I turned the dining room table into a stage and my sisters were the models. It got rave reviews!” On her studio essentials, Tory Burch listed, “My team, inspiration boards, dried California apricots, raw almonds and a great playlist.”