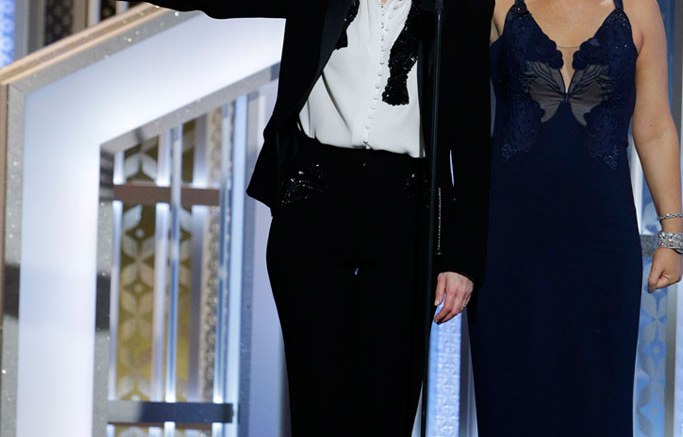 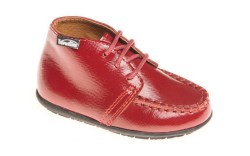 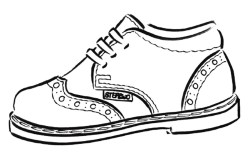 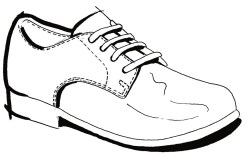 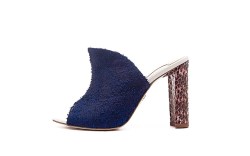 Birthday Wishes
One is certainly not the loneliest number for Prince George. The royal baby was in the spotlight again last week as he celebrated his first birthday — and footwear brands marked the occasion by offering up exclusive styles and sketches fit for the future king.

Start-rite brand director Eve Davies:
“Harry, the namesake of Prince George’s uncle, is based on the look of original foot lasts that were developed from research in the 1950s. The style features aspects of a well-fitting ‘first shoe,’ including quality leather uppers, a rounded toe and narrow heel.”

Step2wo creative director Lulu Rayne:
“The brogue is commonly associated with an English gentleman, and the Lord brogue is Step2wo’s interpretation of that style, but for an infant.”

Venettini founder and line builder Patricia Farago:
“I wanted to update our classic 55-Esti bootie moccasin and give it a little bit more of a masculine contemporary feel. I accomplished this by accentuating the collar piece and giving it a contemporary and modern structure.”

Celeb Spotting
Chelsea Paris is having a royal moment of her own, with Queen Bey. The brand has enjoyed a publicity boost since Beyoncé recently Instagrammed a photo of herself wearing the Yuwa mule. “She represents what our brand stands for: a free-spirited, independent woman,” said founder and designer Theresa Ebagua, who noted her favorite Bey jam is “Mine” featuring Drake. But the creative head has another celebrity on her radar, too: Cameron Diaz. “I recently saw ‘The Other Woman’ and fell in love with her all over again,” said Ebagua of the star, who recently wore the brand’s Yemi sandal at the Barcelona premiere of “Sex Tape.” So what other movies is Ebagua eyeing? “I cannot wait to see ‘Magic in the Moonlight.’ It’s a romantic comedy starring Emma Stone and Colin Firth and set in the height of the 1920s, one of my favorite eras.”

Inside the Tent
Camilla Christensen is headed back to the big top. The Danish model is returning as the face of the Circus by Sam Edelman collection for fall. The fall ’14 campaign, shot at a ranch in Malibu, Calif., debuts several of the new styles including the Lennox strappy high heel and Jaime bootie. “It’s a fun take on military fashion,” said Jesse Edelman, national sales manager for Circus. “We were inspired by vintage army gear and love the contrast of our Circus styles shown against a desert background.” In addition to the print campaign, a behind-the-scenes video will hit Taxi TV in August.

En Vogue
“You don’t really know what’s going to happen until a camera crew arrives to film you,” said Paul Andrew, who was recently announced as a top 10 finalist for the CFDA/Vogue Fashion Fund. Though the British-born footwear designer is the only shoe-specific contender, he joins designers Wes Gordon and Brett Heyman of Edie Parker, as well as Tanya Taylor, with whom Andrew collaborated on runway shoes last spring. The winner will earn industry mentorship and a $300,000 grand prize, while two runners-up will receive $100,000. Members of the jury include Diane von Furstenberg, Anna Wintour and Steven Kolb.

Trump Talk
She’s known as a dynamic leader, but Ivanka Trump likes to be a follower, too — on Twitter. “I follow a very diverse group of innovators, entrepreneurs, influencers, designers, and people and brands that inspire me,” the business mogul told Spy, citing @ForbesWoman, @Mashable, @thecoveteur, @Fashionista_com, @NewYorkObserver and, of course, @RealDonaldTrump as a few who made the cut. As for her online activity, “I [enjoy] sharing interesting articles that are applicable to other professionals. [I also like] to view photos and [read] the thoughts and opinions of people I respect and admire.” When she’s not juggling her social media endeavors with her business responsibilities, Trump enjoys a night out with her husband, Jared Kushner. “I love to go to Antica Pesa in Brooklyn for a date night,” she said.

On Air
What’s Nicole Richie really like? In her new VH1 series, “Candidly Nicole,” the star aims to give viewers an inside glimpse into her life. “The show is based in comedy, but I also feel like there’s a genuine takeaway from each episode,” Richie told Spy. “The balance between humor and relatable experiences is what I’m most excited for people to see,” she said, noting, “anytime work involves a pool party with some of your best friends, you’re doing something right.” The House of Harlow designer hinted at some upcoming shoe moments on screen. “Keep an eye out for some very chic orthopedic flats,” she quipped. But Richie has some show ideas outside of fashion, too. “I would love to do an episode where I learn about science with [American astrophysicist] Neil deGrasse Tyson,” she said.