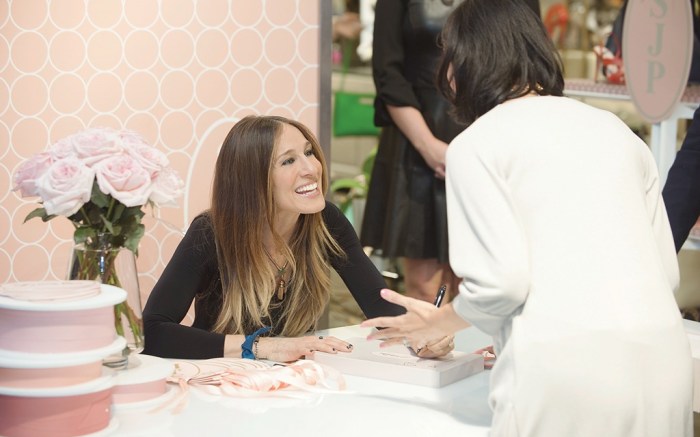 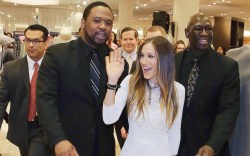 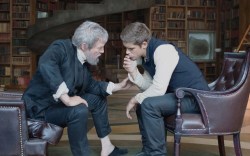 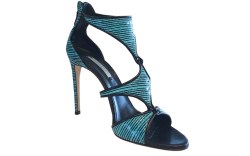 On the Road Again
Sarah Jessica Parker is running in her own heels. Since the January debut of her shoe line, the actress-turned-designer has been focusing heavily on her SJP footwear line. After crossing the country for a personal appearance tour with Nordstrom (which stocks the shoes, bags and outerwear exclusively) earlier this year, she will be out hitting the pavement again this week. The self-proclaimed Instagram “freshman” released a cheeky video announcing her planned stops at stores in Houston, Texas; McLean, Va.; and Garden City, N.Y. Spy caught up with Parker to get the scoop on the tour and her favorite stars on Instagram.

1. You’ve said that meeting shoppers is your favorite part of the tour. Why?
“We’ve learned so much about our business from them. We’ve learned about fit and comfort — that’s really the biggest thing. What can we do to make [wearing the shoes] a better experience and give her more hours in them? We’ve learned about color, too. Color is a neutral! We hear about that quite a bit.”

2. Outside of store appearances, what do you like to do when you’re visiting a city?
“I want local food. I want to know where that hidden kitchen is, where the truck is on the side of the highway. The other thing I always try to do is go to the museums.”

3. You’re a newbie on Instagram but have already amassed more than half a million followers on your personal account and 190,000 on the SJP Collection account. How did you approach creating the page?
“I still feel like I’m in this courtship/intern/freshman-year stage. It’s been an interesting experience to talk about the shoes and show me in the shoes. I don’t like posting pictures of myself, but I think it’s important that people know they’re shoes I want to wear. That is what distinguished the relationship with George [Malkemus, my business partner], as opposed to some other opportunities. People wanted me to make inexpensive, poorly made shoes, and I simply couldn’t do it. I think creating an Instagram page can tell that story.”

4. Who are your favorite names to follow?
“Fabien Constant, who is a French filmmaker who did the amazing documentary on Carine Roitfeld. “Humans of New York” — it can be so heart-wrenching, but it can also make you feel so enormously happy. Man Repeller, Sea of Shoes, Nordstrom, Geminola, Flour Shop Bakery, Pantone, and Manolo Blahnik, because I will always feel that wonderful connection.”

5. How are you planning to cap off summer?
“I’ll just go to the beach with the kids, take them to camp, and get all the local good corn and tomatoes we can. Nothing very thrilling, but it’s definitely fun. Oh, and then we’ll all pile back in the minivan, pack up the house, and get back to real life and work in the city.”

Real World
Creating a world where everything looks the same should be easy. But “The Giver” costume designer Diana Cilliers will tell you otherwise. “It was really challenging not just because of the sameness, but because it was an alien world where we had to decide how the community worked,” she said of the blockbuster film, starring such big names as Jeff Bridges, Meryl Streep, Katie Holmes and Taylor Swift. (For more on Swift, see page 100.) The flick tells the tale of Jonas [Brenton Thwaites], who navigates through a society where similarity is enforced to avoid conflict and war. In a world where heels were out of the question and bike riding ruled many activities, Cilliers aimed to pare shoes down. “We needed something unfussy and practical, which became difficult with all the extras because it was hard to keep the shoes [similar]. So we did [feature] a few different styles because of that,” she said. Cilliers, a veteran costumer from films like “Mandela: Long Walk to Freedom” and “District 9,” said that for the film’s uniforms, she used a little help from dyeable neoprene. “We took design and tried to deconstruct it,” Cilliers said. “We looked at hundreds of contemporary designs, and that immense amount of fashion allowed us to find basic shapes and construct something simple.”

Opera House
Cesare Casadei has quite the summer escape planned for August. “My family and I rented the former villa of Luciano Pavarotti,” the designer said at his brand’s recent spring ’15 presentation at the Casadei showroom high above Fifth Avenue in New York City. “It’s in Pesaro, [Italy], a beautiful spot by the sea.” The designer said the much-needed vacation comes at the right time, just before the fashion-month frenzy.