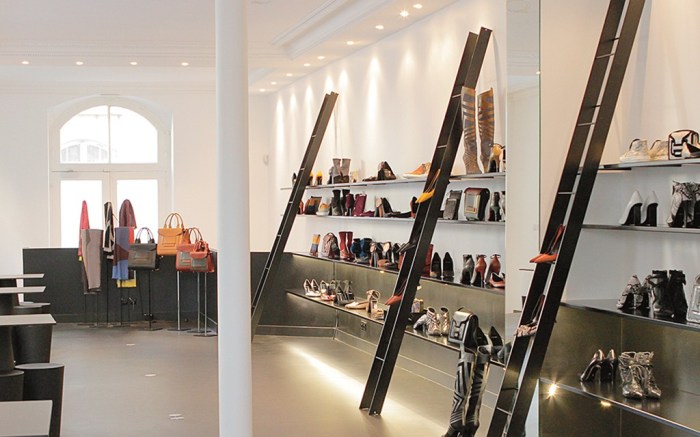 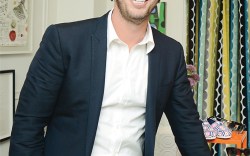 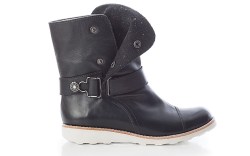 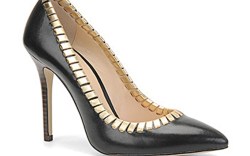 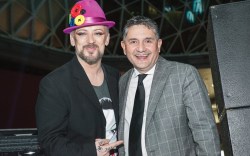 Only in Paris
For designers in the City of Light, it was a season of new beginnings. Pierre Hardy christened his sleek showroom, located across from the famed church Saint-Sulpice. “I go to church every day,” Hardy quipped, before sharing historical trivia about the magnificent (and massive) building that took more than a century to complete. The designer clearly was proud of his own space, too — he spent four months renovating it to his liking.

Laurence Dacade’s new showroom is in a very strategic location, across the street from the Chanel offices. The designer continues to collaborate on footwear for the fashion house, and this season’s sneakers made a statement on the catwalk. Showing off favorite boots from her own line, Dacade said she gets real-time design feedback from her tween daughter. “She definitely wears the shoes and tells me what’s good and bad,” said Dacade.

Speaking of fashionable offspring, Charlotte Olympia Dellal’s baby son Rio was decked out in Asian attire for his mom’s “Shanghai Express” presentation. It was a particularly fitting theme since the designer opens her first Hong Kong store next month. As usual, Dellal was all about the details, from the Chinese zodiac flats and firework heels to the red lanterns that adorned the space. Guests received fortune cookies (with shoe messages inside) as favors.

This season was a turning point of sorts for Tabitha Simmons. She unveiled a noticeably larger collection with chic boots, flats and embellished pumps that played up her signature styles. “Before, I was always focused on doing something new. I would forget what I had done before. I guess that’s the editor in me,” Simmons admitted. “We might have had lots of different prints, but people didn’t know what Tabitha Simmons was.”

And at the always-buzzed-about Roger Vivier presentation, Inès de la Fressange and Diego Della Valle mingled with guests, while Bruno Frisoni showed off the line, inspired by an Asian bazaar. His favorite look? The Stiletto Sphere, which features a disco ball at the top of the heel. “It’s a very strong silhouette with a little platform inside that gives you a lift. It’s sexy, modern and clearly Vivier,” said Frisoni. A few nights later, the Vivier crew was back in action hosting a cocktail at the brand’s Paris flagship to fête the spring ’14 “Codes” collection and its new face and collaborator, Miroslava Duma, a Russian fashion fixture.

Aquazzura is about to reveal a collaboration of its own, but designer Edgardo Osorio was mum on the details. He did reveal the brand has inked a deal for its first store in his hometown of Florence, Italy, in the Palazzo Corsini palace.

Travelin’ Texan
Blake Mycoskie doesn’t miss a beat. On the heels of his spring shoe collaboration with Jonathan Adler, the Toms founder is planning a South by Southwest appearance, a giving trip to India and a new collaboration with his wife. For SXSW in Austin, Texas, Mycoskie will present on Tuesday as part of the festival’s interactive portion and reveal the company’s next one-for-one product. “The only hints we’re giving out now is that we have a whole social media campaign called #onedecision,” Mycoskie told Spy. “We’re going to ask people to change one daily decision in their lives that’s going to make a difference in someone else’s.” Then, Mycoskie will jet off to India for spring. “I went there on my honeymoon and it was fantastic, so I’m anxious to give back to the communities there,” he said. Speaking of a honeymoon, Mycoskie gushed about his wife’s love of animals. “We went to Rwanda and visited the endangered gorillas, so she said, ‘I want to raise money for them,’” he added. “She’s doing something with the Virunga National Park in the Congo, and it’s a shoe with an embroidered gorilla design that comes out in May.” To add to his full plate, baseball season’s coming up and the true-blue Texan will keep tabs on his team. “My grandfather was a team doctor for the Rangers,” Mycoskie said. “I feel like I have to go anytime I’m in Texas.”

Baby Steps
Matt Bernson’s son Myles might be just a year old, but he’s already contributing to the family business. When the designer dad was dressing his baby in a pair of OshKosh B’gosh overalls, he was inspired to put overall fasteners on six of his fall ’14 footwear styles. “As I buckled the straps I realized how cool and memorable that snap with the wire is,” Bernson told Spy. “It’s so iconic, yet rarely used outside of apparel.” It turned out Myles had outgrown the overalls and required an immediate outfit change, but when Bernson took the buckle idea into the design studio, it was a perfect fit.

Carmen’s Crowd
Carmen Marc Valvo has some fresh clientele. The designer’s label has long had its share of famous fans — Beyoncé, Taryn Manning, Queen Latifah and other A-listers — but his year-old footwear label, Carmen Marc Valvo Calzature, is beginning to build its own celebrity following. Shoe sightings include Robin Wright, who slipped into the designer’s ankle-strap stilettos for the Toronto Film Festival; Lara Spencer, who sported black, beribboned booties on “Good Morning America;” and, most recently, Carrie Brownstein of “Portlandia,” who donned the designer’s black-and-gold pumps at a 92nd Street Y appearance in New York in late February.

Spotted…
Boy George spinning tunes as the DJ at The Micam’s party in Milan. “He’s really good,” said Fabio Aromatici, GM of the show. “We thought people would be tired after the show, but everyone got into it.”