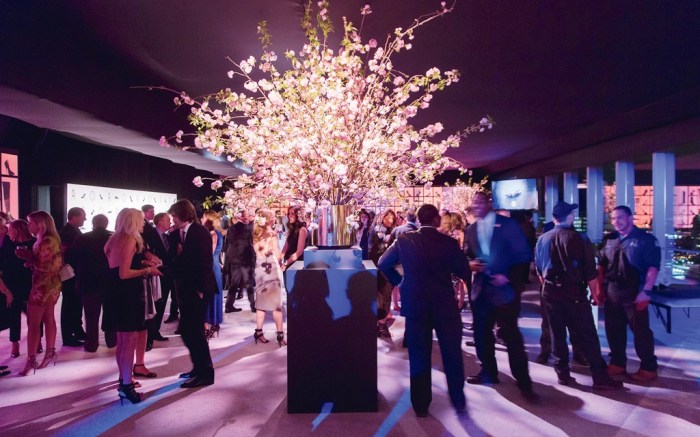 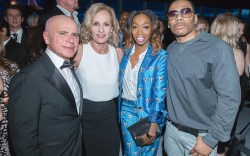 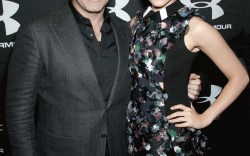 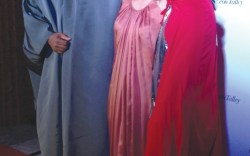 Closet Confessions
Nelly is still stomping around in Air Force 1s. The rapper admitted that Nike remains his go-to footwear brand. “I’m really casual, and who doesn’t love Nike? Air Jordan is my deal,” Nelly said, adding that New Balance and Reebok also have a place in his closet. The St. Louis native was on hand at a recent Brown Shoe Co. event to fête the firm’s 100 years on the New York Stock Exchange and he got some face time with company head Diane Sullivan during the evening. “He’s a fantastic guy, I’ve heard a lot about him over the years,” she said. For her part, Sullivan donned more dressed-up shoes for the big night — classic Vince stilettos. “I had them made with a special material,” she said of the custom snakeskin print.

Armed & Ready
Under Armour is flexing its retail muscle. The firm recently opened a shop in New York’s Soho neighborhood and last week welcomed a slew of celebs to celebrate. CEO and founder Kevin Plank was joined by “Shameless” star Emmy Rossum, New York Jet Muhammad Wilkerson and Olympic gold medalists Kelley O’Hara and Steven Holcomb for a party at the 20,000-sq.-ft. store. “It was time to be in New York,” said Susie McCabe, SVP of global retail for Under Armour. “It’s a great step. Soho is a prestigious shopping neighborhood.” In addition to the local clientele, she said the company wants to take advantage of New York’s global reputation. “The enormous number of tourists is important to grow our international presence,” she said. “They’re interested and they’re buying.”

Vegas Vacation
Spotted: Tony Hsieh channeling André Leon Talley. The Zappos.com CEO recently welcomed Talley to Las Vegas to celebrate his role with the site’s couture division. Hsieh’s favorite thing about the party? “Walking around in my cape,” he said of his Talley-inspired attire. The rest of the team was equally excited about the visit. “The Zappos campus has been buzzing for months,” said Jennifer Sidary, head of Zappos Couture. “It’s not every day you have a living legend of the international fashion world hanging out at your office.”

Cool 100
Bloomingdale’s has a new lucky number: 100. For a special fall campaign, the department store partnered with more than 100 designers to craft exclusive products. And for footwear, it’s all about one particular look. “Boots are so important and make a very powerful statement,” said Erica Russo, fashion director of fashion accessories. Russo and her team worked with 11 shoe brands, including Tory Burch, Michael Kors, Sam Edelman, Stuart Weitzman and Ferragamo. The looks, which hit stores in September, highlight trends such as wraparound straps, lug soles, croc embellishments and fur.