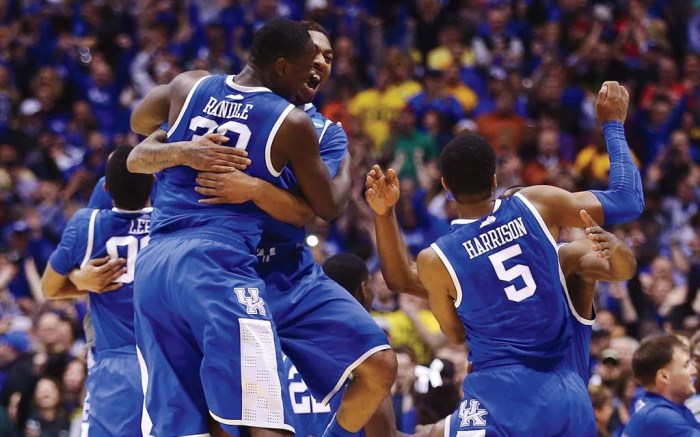 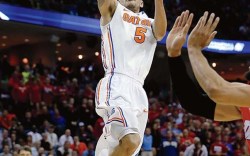 NCAA March Madness is always full of surprises, and this year had more than its fair share of shocking upsets. As of press time last Thursday, the Florida Gators, Connecticut Huskies, Wisconsin Badgers and Kentucky Wildcats were set to battle for the title. Here, the industry sounds off on their best bets for the champion.

ALEJANDRO INGELMO, designer
Top pick: “Florida Gators. I’m from Miami, so I have to  support my home state.”
Bracket status: “I just got through Fashion Week. Who has time for brackets?”

DANNY SCHWARTZ, CEO, Schwartz &  Benjamin
Top pick: “I had a team that I was rooting for — Michigan, where my daughter is a sophomore — until Kentucky knocked them off. Now I am rooting for anyone except Florida.”
Bracket status: “I am in another bigger pool, Rocco’s Legacy, with a bunch of shoe guys and girls, but I can’t win that one.”
Finals plans: “My son, Jake, and I will be heading down to Dallas for the long weekend. This will be the 11th year in a row we go to the finals.”

RICK CYTRYNBAUM, CEO, Modern Vintage
Top pick: “I am rooting for Wisconsin. They played the best team ball and I always root for the  underdog.”
Bracket status: “My bracket was busted.”

JOE OUAKNINE, CEO, Titan Industries
Top pick: “I want Wisconsin to win for the simple reason that people from that state are nice.”
Bracket status: “Like everybody else, I got bounced from the bracket because of too many upsets.”
Finals plans: “I have a bunch of friends visiting from Australia this weekend. We will all be in the desert playing golf and watching the games.”