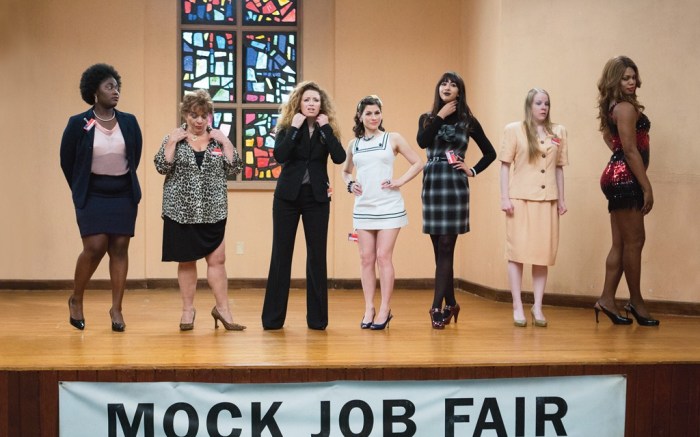 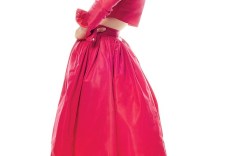 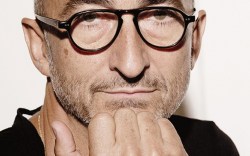 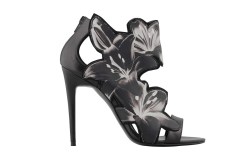 Owning Orange
On the set of prison-centered show “Orange Is the New Black,” uniforms rule. And when the Netflix hit returns Friday, it’s all about sticking to the rules — or in the case of these prisoners, breaking them. “We are maintaining the consistency of the prison, and with their uniforms we want to continue to be true to that,” said costume designer Jenn Rogien. “There are a lot of rules and that’s why I love this particular design challenge.” Here, Rogien spills on designing for the show.

What is your favorite part about OITNB?
“I like the challenge of the normalcy, the grittiness. The socially, economically challenged characters are inspiring, from Piper [Taylor Schilling] to Taystee [Danielle Brooks] to Red [Kate Mulgrew].”

We mostly see the characters in orange uniforms, but what about the footwear looks?
“There is a pair of standard-issue boots that we purchased from a prison supplier. The actors are very divided: Some of them love the boots’ clunky and powerful feel and others hate them for the same reason. It’s funny to see the range of reactions because it’s a real prison boot.”

The show also features flashback scenes. Is this your chance to showcase other shoe brands?
“My philosophy is that costumes are built from the ground up. We had a few flashbacks in the first season where we used out-of-season Manolo Blahniks we found at DSW for Piper. She had a lot of money then and it was the right shoe. For her contemporary life, we ended up using a lot of Frye. This season, there is a whole shoe moment with Lorna [Yael Stone], but I’m not going to talk [too much] about it.”

What about the non-inmates on the show?
“Fascinatingly, Larry [Biggs] has a huge shoe closet. We feature casual to dressy looks, from Cole Haan to Ralph Lauren. Fig [Alysia Reiner] has some shoe moments come up too. She was always in an elegant shoe. Inmates are stripped of wardrobe as a means of self expression, and she’s oblivious to that. We find out more about her past in season 2, and that’s always reflected in her shoe choices.”

Trump Talk
QVC Presents “FFANY Shoes on Sale” is playing its Trump card. The annual gala has a new spokesperson: Ivanka Trump. “We’re really delighted. She represents the contemporary realm of the business and a lot of what FFANY stands for,” said the organization’s president-elect, Ron Fromm. And Trump, who produces her shoe line with Marc Fisher Footwear, starred in the PSA photo shoot in preparation for the Oct. 8 soirée at the Waldorf Astoria. “I’ve had the pleasure of working with Ivanka a couple of different times, and she is one of the most generous people,” said Fromm, who was on set for the shoot. “She was great. And of course she’ll look glamorous, which doesn’t hurt.”

Spring Thing
It’s resort time. Frenchman Pierre Hardy is in New York this week for his cruise ’15 presentation, and he brought the tropics with him. When asked about his favorite item in the collection, the designer said, “The Lily sandal in a flat or high heel. It’s the first time there is a flower motif in my line, but it looks like pop-stained glass.” And Hardy has another seasonal fave: “It’s neat and graphic, a little boyish, almost flat sandals with a new cubic heel.” So what does he have on deck during his downtime? “Seeing the galleries in Chelsea and the new exhibit at The Frick Collection, and saying hello to my friend Frédéric Malle in his new shop on Greenwich Avenue, which is two steps away from my store on Jane Street.”