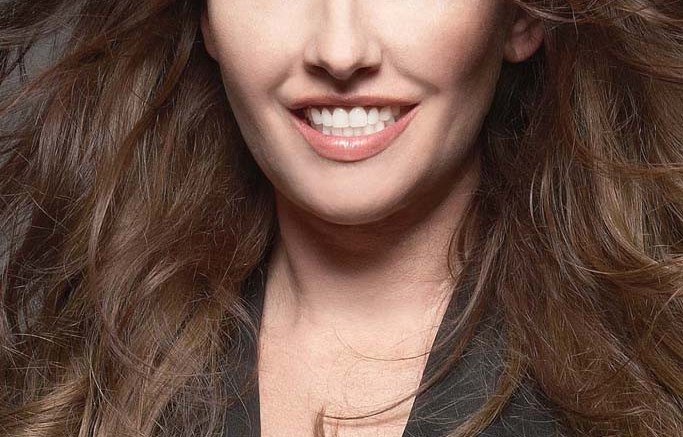 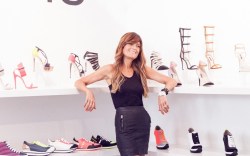 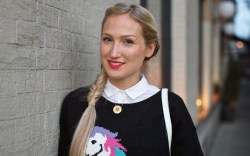 Costume Party
Janie Bryant might be making headlines right now for her work as costume designer for the hit TV show “Mad Men,” but she’s tackled even bigger fashion tasks in the past. Spy recently caught up with Bryant, who reminisced about some of her past work including the complicated garments she created for HBO’s “Deadwood” during its run. “The most challenging costumes [I ever designed] were Alma Garret’s on ‘Deadwood,'” she said. “The Victorian period is truly complex. Talk about an over-the-top period. It’s not only about the gown that the character would wear but it’s also about all of her underpinnings. It’s about the camisole, the corset, the bloomers, the petticoats, the bustle padding, the stockings, the garters. Then there’s the different working parts of a Victorian dress — each gown cost thousands of dollars.” And while Bryant said she chooses simpler garb for her own apparel, she likes to wear outfits that hint at the past. “I love to wear at least one piece of vintage every day.”

Ruthie’s Retreat
Ruthie Davis is a busy woman. Not only is the designer wrapped up designing next season’s shoes, she’s also prepping for her appearance at the American Apparel & Footwear Association’s annual Image Awards on April 29, when Davis will be named Footwear Designer of the Year. When she does get a break, Davis often heads to her secret retreat: a home she and her husband own in Philadelphia. The abode gives the designer a chance to regroup and also offers a history lesson. “[The house] was built in 1734,” Davis told Spy. “Betsy Ross grew up in it. It’s a mini-house, so it’s super-cool, like a dollhouse.”

TV Time
Where does Sophia Webster turn when she needs some downtime? “Downton Abbey,” of course — and several other hit shows. “I like to catch up on my TV [for relaxation],” the designer told Spy. “When I get time off, I’m going to just chill out and watch ‘Downton Abbey’ or ‘Homeland,’ or a boxed set from start to finish. That doesn’t happen often. I still have to watch the first few seasons of ‘Girls.'”