Fn Spy: Inside “Nebraska” and “Her”…Nonoo at NYFW 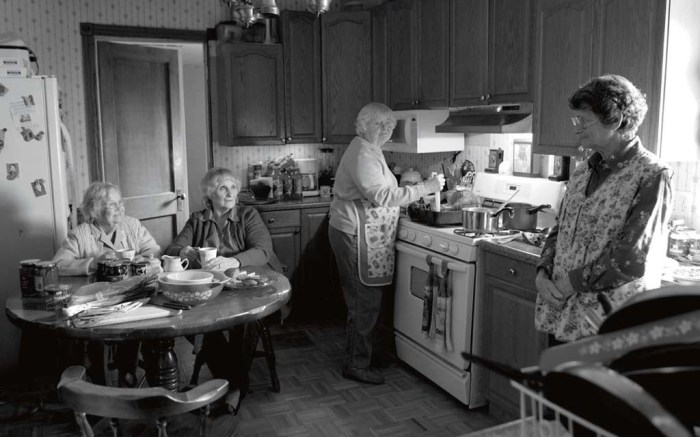 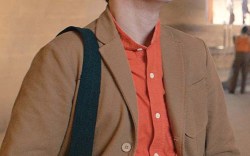 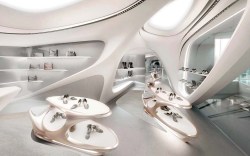 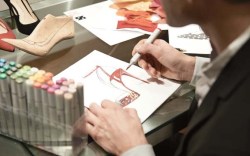 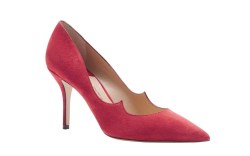 Picture Perfect
It’s a race to the finish line. Nine films will duke it out for the golden statuette in the Best Picture category at the Oscars next month. So what are audiences looking at? Shoes, for one thing. And costume designers behind Best Picture nominees like “The Wolf of Wall Street” and “American Hustle” have won over critics for their spot-on attention to period details. Here, Casey Storm of the futuristic romance tale “Her” and Wendy Chuck of contemporary grainy drama “Nebraska” state their cases for why they’re best in show.

Casey Storm, “Her”
Design Scheme
“We — myself, [director Spike Jonze] and Opening Ceremony’s Humberto Leon as an adviser — wanted a futuristic world that felt warm and comfortable, rather than cold and sterile, that you would likely create for yourself, so we went back to using cottons and wools [for pants and shoes] from forgotten decades like the 1930s. And for collars, silhouettes and shapes, we looked at turn-of-the-century fashion. For colors, we chose reds, oranges and yellows.”

Best Footwear Moments
“Joaquin [Phoenix]’s shoes are these Kenneth Cole suede bucks, but the sole is made of carved ridges that add a moon-boot element to it. For Amy Adams’ character, we used vintage men’s oxfords and brogues to give her a more tomboyish personality. We didn’t have much of a budget, so we mostly shopped at costume houses or online retailers like Asos.com.”

Wendy Chuck, “Nebraska”
Design Scheme
“These characters were older, very country people, isolated from modern times, and not many movies represent that generation. I started with Bruce Dern, [who plays Woody], and pulled a bunch of stuff from the rental houses, but basically because he plays a man in his late 70s who is not interested in clothes ever. It was really limited in Norfolk, Neb., but that minimalism was so necessary.”

Best Footwear Moments
“I decided that [Bruce] needed something practical that he was going to wear in the snow — a very comfortable, supportive pair of boots. June Squibb, [who plays his wife, Kate], wore the SAS brand, which I love. They were very good to us.”

Worldwide Weitzman
Stuart Weitzman is known for his jet-setting ways (Spain, anyone?), so it’s no surprise the designer is on a mission to take his boutiques global. The current focus is on expanding throughout Asia (with partner Pedder Group). The label recently opened two locations in China — one in Hong Kong and the other in Macau. The Hong Kong shop is the largest Stuart Weitzman flagship in the world, and the label’s CEO, Wayne Kulkin, told Spy that is no coincidence, as Asian customers demand the best of the best. “[They are] very brand educated; they have evolved from being a following consumer to a leading consumer who is obsessed with attention to detail in regard to quality,” he said. While his Asian customer has changed over the years, Weitzman certainly hasn’t. Guess what he does during his downtime in China? “I play Ping-Pong,” he said.

Paul a la Moda
It’s a new mode of operation for Paul Andrew, who created select styles with online retailer Moda Operandi. Spy got the scoop from the British shoe designer while Moda shot a behind-the-scenes video about his overall inspiration, which came from “Flower,” a photography book of more than 100 exotic blooms by New York artist Andrew Zuckerman. “The colors [Zuckerman] captured were rich and vibrant, so delicious,” said Andrew. “We put them on my Shakti pump.” Signature looks also get a Moda-style reboot this season: “I’ve got a running theme with polka dots and coral colors,” Andrew said of the collection, set to launch Wednesday. “And we’ve got even more gorgeous things coming.” Moda Operandi buyer Patrick Devlin said the designs were just the right fit. “Paul’s attention to detail is in the same league as the world’s most established shoe designers,” said Devlin. “The Moda woman knows refinement, so it’s a perfect match.”

Sin City
Viva Las Vegas. FN Platform kicks off this week, and the celebrities are ready. On Tuesday, Kristin Cavallari will showcase her Chinese Laundry line, and on Wednesday, Fergie will appear with Brown Shoe Co. “It is a thrill for the retailers — and starstruck exhibitors — to see those celebs who have their name on a shoe out there supporting the business,” said Leslie Gallin, who was recently promoted to president of footwear at show parent Advanstar Global LLC.

Tell us about your Nonoo runway collaboration this season.
“I used Manolo Blahnik shoes for the second time in a row. We put the sheer sockette with it because we thought it was kind of fun and just wanted to jazz it up a little bit.”

Did you set out to choose a style that people would recognize?
“Yes, it’s the “Sex & the City” Mary Jane. The collection is classic, so I wanted to do something with the footwear that was iconic but still a little quirky.”

You look to be a Manolo devotee yourself.
“Yes, I’ve got a pair of the BB pumps on in blue right now, and many more at home.”

We’ve been tuning in to see you on the Vogue “Fashion Fund” show on Ovation. Do you host viewing parties to watch the new episodes?
“No, I sit there nervously biting my nails, thinking, ‘What are they going to say about me next?!’”