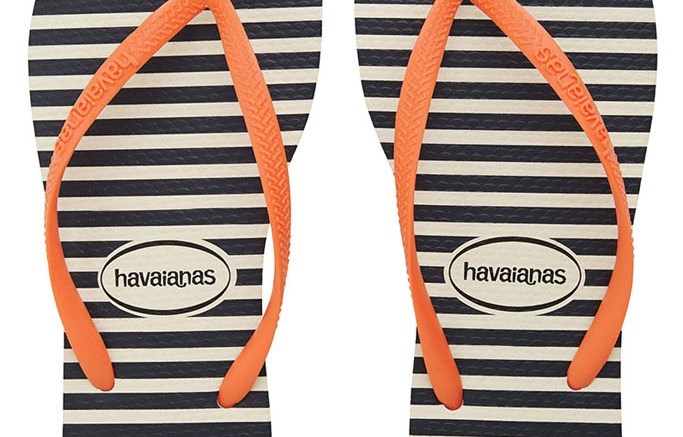 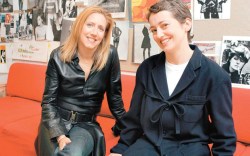 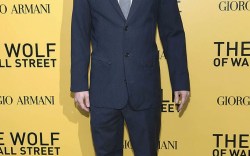 Brazil’s New Crew
J.Crew is in a Brazil state of mind. Spy got the exclusive scoop that the retailer has teamed up with Havaianas to launch a capsule collection online this week and in stores starting this month. “We are thrilled to partner with J.Crew,” said Havaianas U.S. President Marcio Moura. “Both brands embrace style in a fun and effortless way, making this collaboration a natural fit.” The line features stripes and vibrant colors in a variety of women’s and kids’ styles, with prices ranging from $14 to $28.

Team Vince
Camuto Group’s newest design duo is ready for a big year ahead. Kari Sigerson and Miranda Morrison recently signed on with the aim of taking the firm’s Vince Camuto brand and its high-end label VC Signature Vince Camuto to the next level. And there was one big draw when it came to the new gig: Vince Camuto himself. “His passion, energy and warmth make working at Camuto Group a daily adventure,” Morrison said. And Sigerson agreed: “[I like] his good nature and positive attitude, as well as his genuine excitement for what he does. He geeks out on shoes the same way I do.” So what’s on deck for fall ’14? “Strong silhouettes, luxury materials, new hardware and killer boots — chic classics with an edge,” Sigerson told Spy.

Sans Shoes
Lena Dunham can’t seem to keep her shoes on. The “Girls” writer and star chose a sparkly pair from Jimmy Choo for the New York premiere of the HBO show’s third season (see page 26 for her full red-carpet look), yet she quickly set aside the heels during her introduction to the screening. “I feel comfortable with you guys,” she told the crowd while barefoot. Also at the event, Zosia Mamet was spotted in gold pumps by Saint Laurent and Allison Williams was draped in head-to-toe Dior.

Twitter Talk
Steve Madden has hit the big screen. So what does the designer think about how he was portrayed in “The Wolf of Wall Street?” @SteveMadden: “The wolf was funny as s***. I should have played me; Jake

[Hoffman’s] career should explode now that he played the cobbler.”