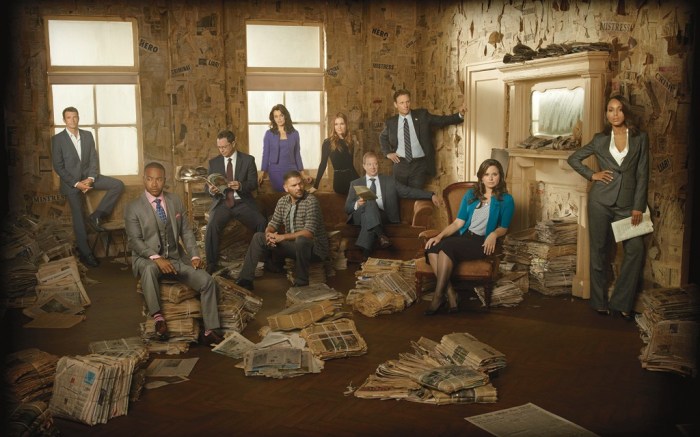 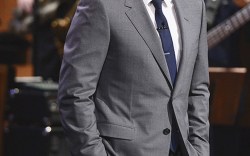 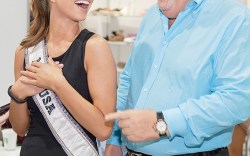 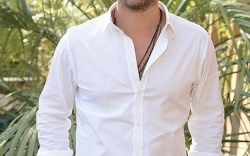 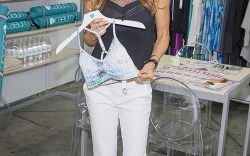 Winner’s Circle
And the winner is … The Primetime Emmy Awards are tonight, and footwear’s finest are placing their votes. Here, designers and executives sound off on their top TV picks.

Sam Edelman
“I’m almost through ‘Scandal,’ and I love it. I love Kerry [Washington’s] character. It’s one of the only shows that can take my mind off shoes.”

Yeardley Smith, CEO and designer, Marchez Vous
“‘Downton Abbey’: The acting is sublime. Plus, there aren’t a lot of shows that can claim a demographic from 18-88. ‘Fargo’: Also beautifully written and acted — especially Billy Bob Thornton, who is the most creative, cool, well-dressed assassin since James Bond.”

Donald Pliner
“I love Jimmy Fallon, he’s one of the best in the industry. I’m sad to see David [Letterman] fade away, but I’ve never seen someone as good. I enjoy how [Fallon] can take Tom Cruise, and they pour water on each other [for a skit].”

Coye Nokes
“I was late to the game, but I downloaded the first three seasons of ‘Scandal.’ I binge-watched it; that’s when I watch most of my TV, when I travel.”

Mike Shirey, group president, footwear and handbags, Highline United
“We’re big ‘Modern Family’ fans in our house. My kids love it. And I’m not sure if it’s nominated, but ‘American Ninja Warrior’ should be. It’s great.”

Lisa Pliner
“I’m obsessed with ‘Suits.’ I love the premise with the lawyer always winning.”

Jet Setting
Miss USA is in an Empire State of mind. Nia Sanchez recently made the move to New York and said she’s feeling like quite the tourist. “I recently went to The Highline, and there are so many places I want to go. It’s a brand-new place for me,” she said while in Vegas for FN Platform with her Chinese Laundry partners and donning a pair of leopard pumps from the brand’s collection by Kristin Cavallari. And while taking an escape from NYC in Sin City, she made time to dance it out. “We got to see the Britney Spears concert, we were front and center dancing,” said Sanchez. Plus, she visited her favorite breakfast spot. “I always go to the Sugar Factory if I’m having a sweets craving for a crêpe,” she said. Up next on her agenda: Miss Universe later this year.

Baby on Board
Toms Shoes — which last week sold a 50 percent stake to Bain Capital LLC — is debuting a line of bags for spring ’15, and the philanthropic mission aids expectant mothers in developing countries. So did the idea come from the personal experience of founder Blake Mycoskie, who will welcome a son later this year? “We started working on the project long before we found out my wife was pregnant,” he said, “but when we did find out, I said we had to put a diaper bag in the collection.” Besides that, the line also features totes, clutches, satchels and clip-on pouches, produced from handmade artisanal materials. Proceeds from each sale will be distributed to NGOs that provide bags of much-needed home-birthing materials. “Just by having the right equipment, it reduces infant mortality by 80 percent,” Mycoskie said.

Fit Club
Brooke Burke-Charvet likes to get behind the wheel at SoulCycle. But the TV personality and Skechers spokeswoman said her exercise routine doesn’t stop there: She teaches a Booty Burn class a couple of times a week. “It’s a body-sculpting, sweat-burning, booty-lifting class that’s fun and works you to your limit,” said the fitness guru, who was at Project last week showing off her Caelum line of activewear. To motivate her students, Burke-Charvet cranks up tunes by everyone from John Legend and Beyoncé to Sam Smith. And she has some good advice: “Mix up your routine so you don’t get bored, and just remember that at the end, you will feel better than when you started.”

Train Tracks
Cynthia Vincent loves planes, trains and automobiles, or at least one of the three. The designer, who recently announced her partnership with Titan Industries, spent her summer vacation on the Coast Starlight train up to Seattle with her daughter. During the trip, they stopped to see California’s Redwoods and made their way to Portland, Ore., too. “It allowed me to decompress with my daughter,” she told Spy. “There was a theater downstairs, and we got to meet people from all over — New Zealand and Canada. My daughter even met her new BFF.” Plus, Vincent might have found her new source of inspiration. “You might see Pacific Northwest from me for fall ’15,” she hinted.

Spotted:
Jay-Z at Sportie LA. The artist and half-power couple with Queen Bey was recently seen not once, but twice at owner Isack Fadlon’s Los Angeles spot.