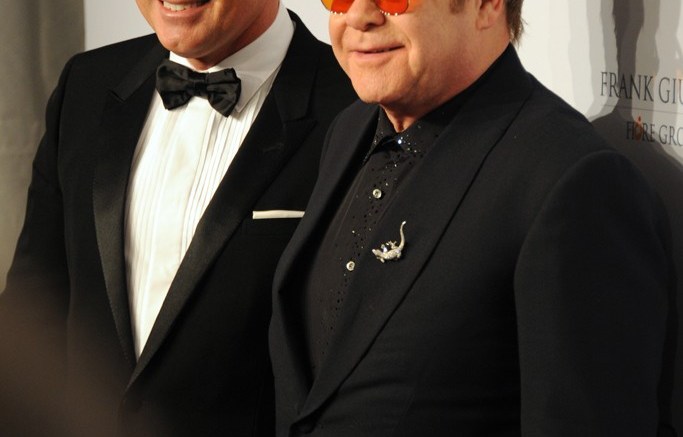 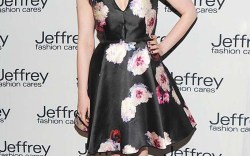 Elton’s New Kicks
Rock on, Elton. Elton John has been moving and shaking even more than usual this season. In addition to prepping for a 13-city international tour kicking off this spring, the music icon recently wrapped a 10-part documentary for OWN. To top it off, John also announced he will marry longtime partner David Furnish in May. And he’ll have plenty of blinged-out shoes to don for every occasion, thanks to a 13-pair purchase of Donald J Pliner styles last month. “[Elton] had one special pair [made with] red jewels and gold initials of E and Z, [to represent] Elijah and Zachary, his two sons,” Pliner told Spy. The designer added that his label has a long history of shoeing the singer. “In the 1970s, Elton was one of my biggest customers at my Beverly Hills stores.”

In Anna’s Shoes
Anna Chlumsky is back. Spy caught up with the “Veep” star backstage at last week’s Jeffrey Fashion Cares fundraiser in New York, where she made her opening remarks in Sergio Rossi heels. “They gave me added height and feel good,” she said. The season three return of “Veep” also has Chlumsky reeling. “Let’s just say [my character], Amy, battles her share of demons,” she said. While Chlumsky remained mum on specifics, she did dish about her favorite shoes to wear off-camera. “In my own life, my favorite shoes are loafers,” she said. “[Actor] Gene Kelly always put taps on the bottoms of his loafers and wore them with white socks, which I aspire to do.” So what other summer trends is Chlumsky excited about? Cowboy boots: “Durango is making a comeback, and thank God,” she quipped. “I hope they have ankle boots I can wear with some skinny jeans and bangles. Why not?”