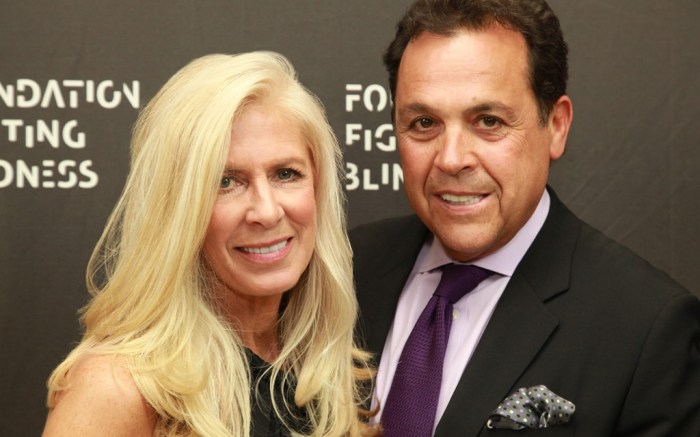 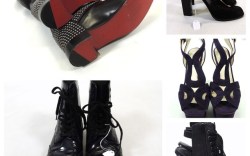 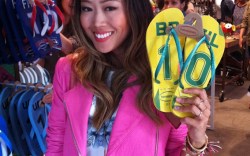 Fashionable Fights
The Fashion Ball Visionary Awards ceremony was a special night for a good cause. The Foundation Fighting Blindness, a nonprofit that funds research to restore sight, hosted its fourth annual dinner at The Plaza on Tuesday. Sam and Libby Edelman received the Visionary Award, along with Cipriani Accessories founder Evan Mittman. “We are passionate about giving back in general. We met a wonderful guy, Evan Mittman, through our accessories license with Li & Fung, and Libby and I wanted to do anything we could to support research for blindness,” said Sam Edelman. Added Mittman, “I’ve known [Sam and Libby] for many years. They are true visionaries in the shoe industry. I’m excited that everybody is here to support the cause.”

Also in attendance was Neil Cole, Iconix Brand Group’s chairman, president and CEO, who presented the award to the Edelmans. “Neil is one of my closest friends. We’ve had a 32-year relationship,” said Sam Edelman.

Members of the Brown Shoe Co. family also were on hand to support the event, which event raised more than $360,000 for blindness research. “Sam and Libby are just great people,” said Ron Fromm, former Brown chief exec and incoming FFANY president. “It is tremendous that they give to this organization and as the head of FFANY. What better place to come than to a Fashion Ball at the Plaza?”

Jill Granoff, CEO of Vince Holding Corp., added, “It’s great to use this event as a way to raise awareness.” The exec, who opted for a Vince dress paired with strappy stilettos by YSL, said of her footwear choice, “It’s good to mix it up.”

Travel Talk
Aimee Song has the jet-setting life down to an art. The interior designer and fashion blogger for “Song of Style” takes one or two trips per month in her dual roles, and recently made her way to Brazil, where she cemented her love of itty bitty beachwear and Havaianas. “When I went to the beach, I was easily the most overdressed person, but now I’ve totally embraced the Brazilian string bikini,” she told Spy at an event on Tuesday to open Havaianas’ New York pop-up shop. The flip-flops have made her travels much easier, she added. “They’re great because now I don’t have take my shoes off [at airport security].” Havaianas’ pop-up returns to the city’s Meatpacking District for the second year and includes accessories for the first time. The design concept has a raw aesthetic, using wooden crates and minimalist metal tables, along with beach elements such as a giant palm tree and mosaic flooring. “We’re going back to our roots, to when Havaianas was sold in crates in flea markets,” said Michele Kearns, associate marketing manager. She noted the location, across from The High Line, is a prime spot for tourist traffic and attracts a global clientele, but the brand has no plans at the moment to make a permanent move in the Big Apple.