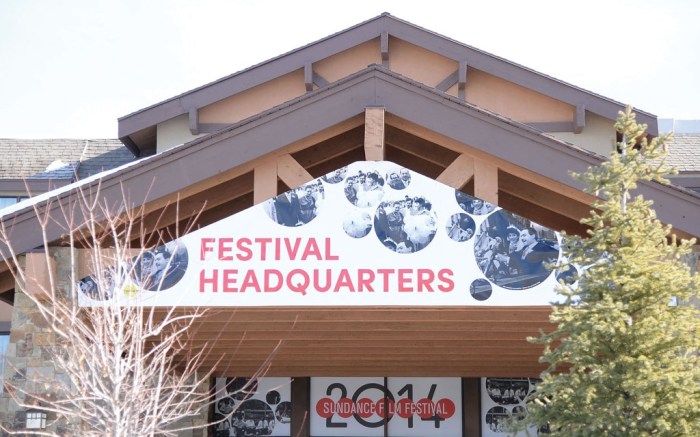 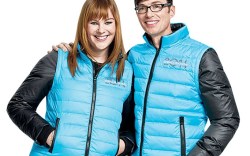 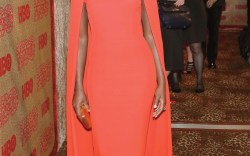 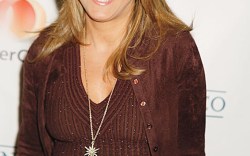 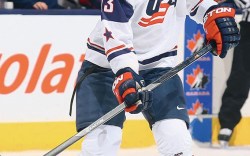 Big Screen
“Just Sundance.” Kenneth Cole will unveil a vignette this week at the Sundance Film Festival, and the title might be Gaga inspired. (See her debut hit, “Just Dance.”) Created in collaboration with Awearness, The Kenneth Cole Foundation and the Sundance Institute, the video will celebrate this year’s volunteers and debut on Wednesday during the festival screenings, as well as on Awearness.com. The festival’s 2,300 volunteers also will be wearing the designer’s gear for the 12th year. This time around, Cole created a water-resistant, cobalt-blue, panel-quilted jacket with detachable sleeves. So what is he most looking forward to at this year’s event? Dining at Park City hotspots such as Zoom and Grappa, and, of course, skiing. “Assuming my limbs are still intact, we’ll see films in the afternoons and evenings. I enjoy the documentaries in particular because they shed a sobering light in a meaningful context that is hard to see anywhere else,” Cole said. He might run into some fellow footwear festivalgoers, including Zappos.com’s Tony Hsieh, Fred Mossler and Meghan Boyd. “Every night, we are trying to hit a new spot we haven’t been to before. The first stop is Forage,” said Hsieh, who added that Ugg Australia boots will be his footwear of choice for the cold weather. Some buzzed-about entries for the festival’s 30th anniversary include the revival of basketball documentary “Hoop Dreams,” “Life Itself,” Zach Braff’s “Wish I Was Here” and “Difret” from executive producer Angelina Jolie.

Girl on Fire
Breakout actress Lupita Nyong’o is red hot at the moment, right down to her shoes. At the Golden Globes, the “12 Years a Slave” star stood out from the fray in Paul Andrew’s signature Zenadia pump, custom made for her in scarlett. “I’m an enormous fan of Lupita,” Andrew said about working with the fashion darling and new face of Miu Miu. “I’ve been dressing her [for the event circuit], and it’s been so great to watch her wear my designs. For the Golden Globes, her stylist sent me a swatch of the [Ralph Lauren] dress fabric, and I developed the suede to match.” Though Nyong’o’s long hemline might have covered the pump, Andrew understands footwear’s place. “I try to stay mindful of the dress first,” he said. “The perfect red-carpet shoe is the accessory that pulls the look together.” Now, with the Oscars around the bend, does Andrew have any predictions? “I recently saw ‘Blue Jasmine’ with Cate Blanchett, [nominated for Best Actress]. I’m an enormous follower of her work and would be so honored if she chose to wear my shoes,” he said. “[Beyond the nominees], I also have great admiration for Julianne Moore and Gwyneth Paltrow.”

American Girl
Marigay McKee is settling in on this side of the pond. The former chief merchant of London-based Harrods has only officially been on the job as president of Saks Fifth Avenue since early January, but spent six weeks before Christmas visiting Saks department stores across the country. While moderating Financo Inc.’s CEO Forum in New York last week, she spoke about the divide in consumer buying habits between the two continents. “The European designer consumer is very discerning and a dream investment [piece] shopper,” she said, adding that Americans tend to be more relaxed and experimental with trying new brands. Speaking about her personal style, McKee said she is a designer girl during the week, but embraces a downtown-chic look on weekends, listing Rag & Bone and Converse among her favorite street style brands. And though McKee has transitioned stateside, her family has yet to make the permanent move from the U.K., so she admitted to keeping tabs on her kids through social media apps.

TV Talk
Olympic athletes make time for TV, too. Spy caught up recently with Julie Chu, one of the best-known names in women’s hockey in the U.S., and the soon-to-be four-time Olympian confessed that she belongs to the cult of Olivia Pope (played by actress Kerry Washington), and so do her teammates. “We’re crazy about ‘Scandal’ right now,’” Chu gushed. The soapy nailbiter is the second Shonda Rimes-created show to catch Chu’s fancy, after long-running drama “Grey’s Anatomy,” so she gives Rimes major respect: “She is great. I can’t believe what she’s capable of right now.”

Pillotto’s Pairs
Peter Pilotto is the latest high-end label to team up with Target. And while the collaboration might include only two pairs of shoes, London-based design duo Pilotto and Christopher de Vos told Spy the category was essential. “Women are becoming more creative with fashion, and they enjoy incorporating color and prints,” De Vos said. Indeed, the brightly patterned slip-ons echo the bold, textural, print-driven aesthetic of the main Peter Pilotto line. “It’s a great feeling to know that people [on a budget] who aspire to own our designs will finally have the chance to purchase them,” Pilotto said of the styles, which hit Target and Target.com on Feb. 9 (with a smaller selection also available at Net-a-porter.com).