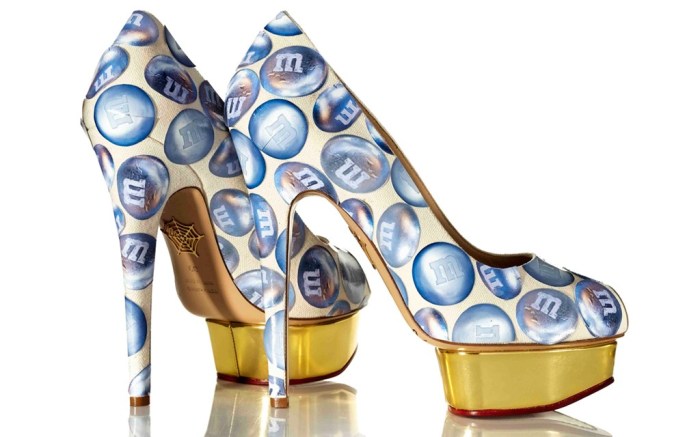 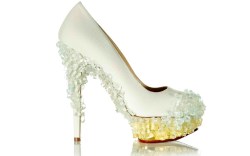 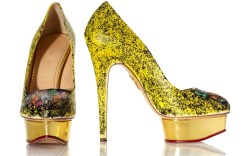 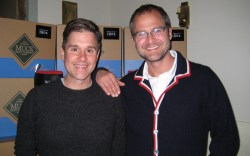 Art Walk
Charlotte Olympia Dellal collaborated with Studio in a School, an organization that provides art programs for schools throughout New York, for a unique interplay between fashion and art. Twenty students put their spin on the designer’s Dolly platform shoe and all were invited to celebrate at a party at the Gagosian Gallery on Thursday. Spy caught up with Dellal, who said she was in awe of the talent and refused to choose a favorite. “Oh, I couldn’t pick. That would be impossible,” she said. “This is my first time seeing the final product, so I’m excited.” New York was just one stop on the designer’s recent whirlwind travel schedule. Dellal just returned from Hong Kong, Tokyo and Miami. As a result, she was ready for some time at home in London. “I’m going home tomorrow to see my boys,” she said.

Beekman Place
“The Fabulous Beekman Boys” are getting into the shoe business. Brent Ridge and Josh Kilmer-Purcell, the duo behind the former reality show, have created Beekman 1802, a franchise that includes a lifestyle brand, farm and store in upstate New York. They collaborated with The Original Muck Boot Co. for a 200-pair, limited-edition waterproof boot that debuted on Tuesday on Beekman1802.com and Muckbootcompany.com. Ridge said he and Kilmer-Purcell already wear the boots around the farm and with their city duds. According to Sean O’Brien, global director of retail footwear for Muck Boot, future collaborations are on the drawing board.

Special Order
Talk about ladies who lunch. Spy caught up with the Jimmy Choo team at an intimate luncheon to fete the brand’s new made-to-order service. The event, held at Christie’s in New York on Friday, welcomed industry players such as designer Jodie Snyder and Gilt Groupe’s Alexis Maybank, plus a few famous faces, including Elettra Wiedemann and Robin Roberts. The service, which was on display for guests, offers consumers the chance to special order from a variety of heel heights and materials (on a base of four different Jimmy Choo styles). Monogramming is also an option on the soles. The label’s Beverly Hills, Calif., store recently launched the option, which will continue to role out as a trunk show at additional locations.

Spotted … Prada partnering with Harrods for an exhibition that explores a number of the brand’s obsessions: fashion, architecture, cinema and sport. To celebrate the project, execs hosted a cocktail party on Wednesday, attended by the likes of Cara Delevingne, Lily Allen and Suki Waterhouse. The exhibit runs from May 2-29 at Harrods in London.

NOTE: An earlier version of this article incorrectly stated that the Beekman Muck Boots were sold out. Items are still available online.