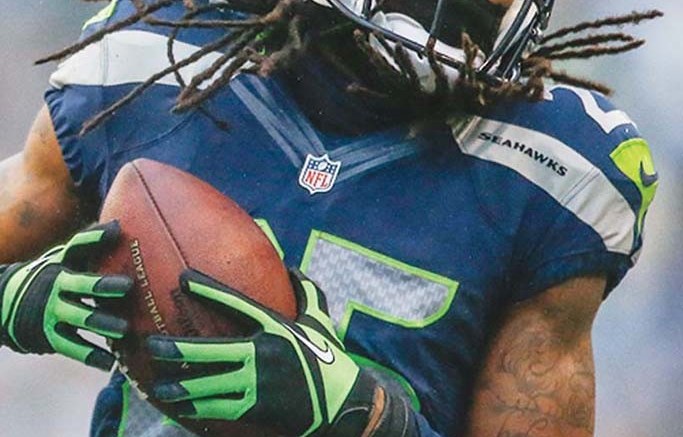 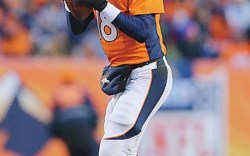 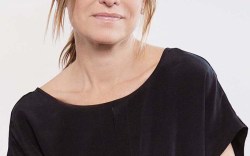 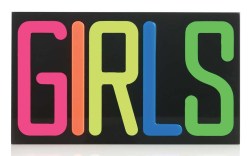 Touch Down
It’s almost time for kickoff. The Denver Broncos and the Seattle Seahawks are ready to play for the Super Bowl title this weekend. So which team is the favorite among footwear players? Spy caught up with industry execs and designers to get their picks.

Richie Woodworth, president, Saucony: “I wouldn’t mind seeing Manning win, even if I like Tom Brady.”

Rebecca Minkoff, designer: “I’ll be watching the game in Brooklyn, N.Y., with my family and friends. I’m rooting for the Seattle Seahawks. I’m a West Coast native.”

Crunch Time
For Amy Smilovic, life as a designer is a constant juggling act. “I’m focusing on the upcoming runway collection [for New York Fashion Week] and then looking at spring ’15 fabrics,” the Tibi founder said during her pre-fall presentation. “You’re in a million places [this time of year], but I try to stay as focused as I can on what I’m doing.” But the recent blizzards are hardly helping matters. “It’s crazy with the weather right now. I just got a call that both of my kids’ schools were closed [due to snow]. I live in Greenwich, Conn., so they said, “‘When you are done with yoga, just come pick up your kids.’ I’m not doing yoga right now,” joked Smilovic. Indeed, her attention is on her soon-to-be-revealed line. “For fall runway, we’re still doing a lot of juxtaposition between feminine and masculine. As an office full of women, we are always looking for shoes that have the right amount of clunk, but not too much that it looks mannish,” she said. So what is Smilovic’s secret to surviving long Fashion Week days? “We are master smoothie makers here,” she said.

Fight Club
You’ve got a friend in me. Despite freezing temps, Aldo’s creative director, Douglas Bensadoun, gathered a crew in downtown New York for a worthy cause last Wednesday. The Montreal-based firm was celebrating its latest collaboration with jeweler and actor Waris Ahluwalia. (The line of charitable friendship bracelets benefit Aldo Fights AIDS.) “When my father, [Aldo Bensadoun], started the AIDS initiative in the 1980s, it was very controversial,” said the footwear scion. “He knew that promoting this project in our stores would come at the expense of sales that day, but he didn’t care.” And neither did the younger Bensadoun, who worked the graffiti-clad room at The Standard’s Chez Andre, slipping the unisex wrist adornments on guests and introducing indie band Wild Belle.