FN Spy: Bernson Braves Bloomingdale’s… Battle Is On at Parsons 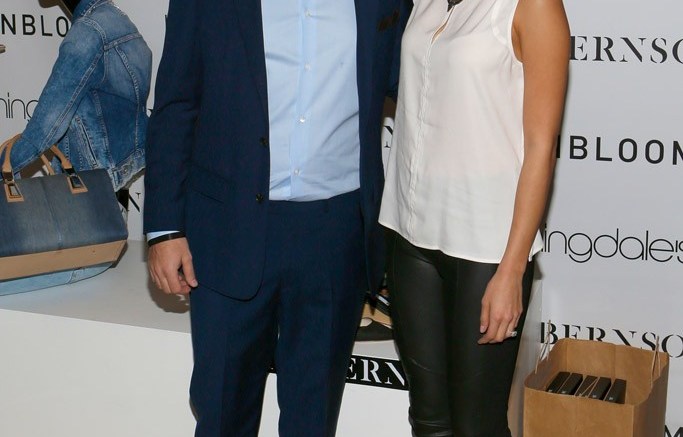 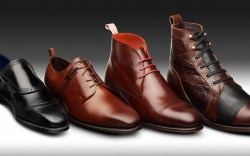 Spring Style
Matt Bernson dropped his first in-store collection at Bloomingdale’s for spring. “We’ve been selling online and have been talking for a number of years about launching in stores and the timing was right,” said Bernson, while celebrating with a soirée at the Soho New York store on Wednesday. Joined by bloggers Grace Atwood of Stripes & Sequins and Arielle Nachmani of Something Navy, Bernson chatted with guests and friends, including actress Jamie Chung. “She came into our Tribeca store and picked up some of our shoes,” said Bernson of Chung. “We’ve hung out a few times since and she is the perfect style representation of the brand.” The evening was also a family affair, as Bernson’s wife and son joined in the festivities. “He’s not loving the crowds as much as we had hoped,” the designer quipped.

Design Duel
Parsons The New School for Design students got a crash course in shoe production this quarter. After hosting a successful Allen Edmonds design competition last year, the American shoemaker again invited students from the school to create a new style for the brand. Four finalists spent the last three months creating their looks and producing them in the firm’s Port Washington, Wis., factory. Students then presented to the judges, who included Dean of Fashion Simon Collins, writer John Ortved, Allen Edmonds President and CEO Paul Grangaard, and Public School designers and CFDA Vogue Fashion Fund winners Maxwell Osborne and Dao-Yi Chow. Final looks this year included a boot made from salmon skin by Michelle Brown and a Frank Lloyd Wright-inspired oxford by Rheza Tanudihardjo. “I was really surprised by the shoes today,” Osborne said at the event for the students Thursday. “As a designer, it’s always great to see what other people are thinking about, and I was really interested in the interpretations they had for the project.” The winning look, announced in May, will be produced and sold online.