FN Spy: Behind the Scenes of ‘Veronica Mars’ 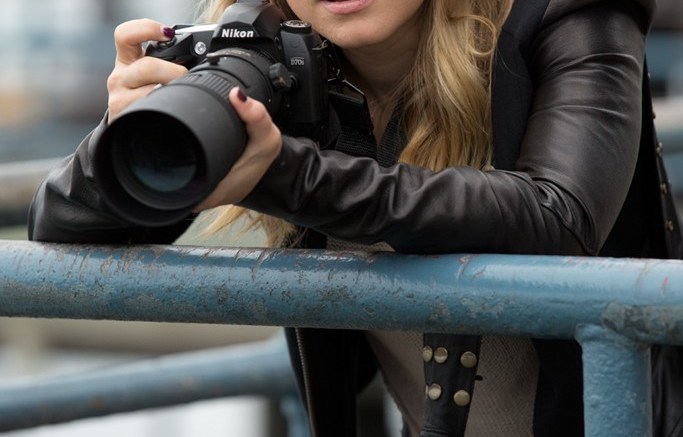 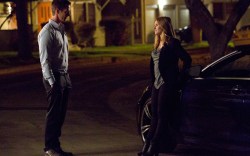 Veronica Mars — the contemporary Nancy Drew — returned to theaters this month to the delight of fans. Thanks to a successful Kickstarter campaign, director Rob Thomas breathed new life into the cult teen television show starring Kristen Bell that was canceled in 2007. For the movie, Veronica and her friends come together for their high school reunion, and costume designer Genevieve Tyrrell wasted no time evolving the cast’s teenage years into a modern, sophisticated look. Here, Tyrrell shares the secrets of working on the film.

What was your main inspiration for the characters?
Having watched the series, I wanted to show the progression of time. These characters have gone away from Neptune and have their own lives now. They’ve transitioned from high school through college into their own careers as mid-twentysomethings.

Now that the characters have all moved on from high school, how have their styles changed?
When we first meet Veronica [again], she’s headed for an interview at a big law firm. She’s evolved into being a professional girl with a New York sort of style with her Mackage overcoat and black Gucci trousers. She’s moved on from life in Neptune, where she was in the little cropped jackets and striped T-shirts. … Piz [Veronica’s boyfriend] works at public radio with Ira Glass for “This American Life,” so he has some light layers and some John Varvatos pieces. I wanted him to have a sort of Barneys, downtown look to him.

Who was your favorite character to dress?
Now that I’ve seen the movie, I’d say the favorite character to dress has actually changed. Originally, I would have said showing Veronica’s transition, but having seen the movie, Gaby Hoffmann, playing the Ruby Jetson role, really works onscreen. She’s trying to look like rock star Bonnie Deville [whose death is Veronica’s newest investigation]. Ruby emulates Bonnie’s rock star/Topshop/L.A.M.B. look with vintage pieces — like a black-and-red Betsy Johnson dress.

How did you find pieces?
Because the movie was on a tight budget, we didn’t have that much to work with, so we had to get creative. When “CSI: New York” wrapped, it had a warehouse sale and we spent several days combing through stuff. Particularly for the guys it was a boon. We found tons of John Varvatos, Hugo Boss and Calvin Klein that we never could have afforded otherwise. Some of Veronica’s pieces — the Gucci pants and tops — came from the sale, too.

What were some of the standout shoes for the women in the film?
We put Kristen in Rag & Bone’s Newbury booties a lot. The Newbury was my favorite to give her some height while allowing her to run around to get everything accomplished to crack the case. Jimmy Choo also gave us some booties Veronica wears at the start of the film.

How about footwear for the guys?
For the guys, I was a big fan of the Hugo Boss oxford. That is my go-to shoe for the casual-nice to actual-nice look. I love John Varvatos boots, too.