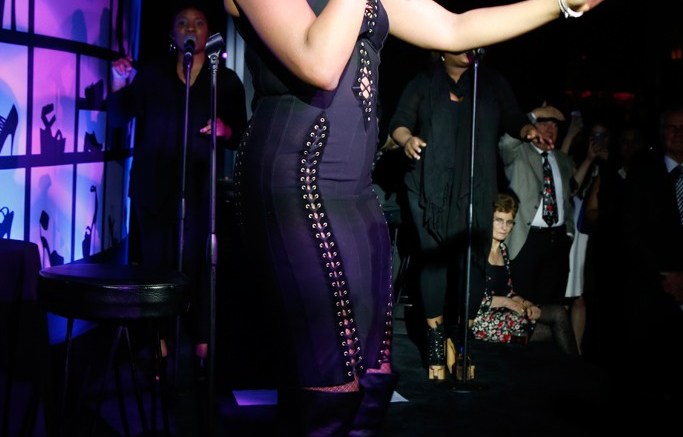 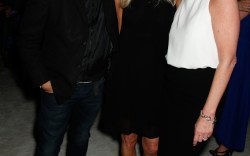 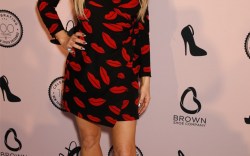 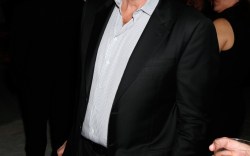 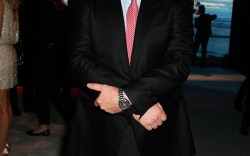 The St. Louis-based firm commemorated 100 years as a public company with a big blowout at 4 World Trade Center in New York. The event was attended by friends of the firm, including longstanding employees, partners and retailers, as well as musical artists Fergie and Nelly. Singer Jennifer Hudson performed.

“I’ve never been more excited about the future than I am tonight,” said Chairman, President and CEO Diane Sullivan before introducing Hudson. “She is authentic and she is real and her voice is strong. This is a beautiful tribute to our anniversary.”

Hudson, who took the stage in thigh-high boots, performed a number of hits including her “Dreamgirls” track “And I Am Telling You I’m Not Going,” plus a few covers, including Whitney Houston’s “I Wanna Dance With Somebody.”

She had plenty of fans in the room, too. “Jennifer has the best voice in the business,” said Brown Shoe partner and new mom Fergie, who arrived in studded stiletto heels from her namesake line. “I wanted to pick a newer pair [of shoes] and something really tall because I’m not holding a baby tonight.”

Fergie had spent time with Sullivan earlier that day, ringing the closing bell at the New York Stock Exchange. “It was a lot of fun, I haven’t been on a stage in a while, so I got really pumped up,” she said. “I feel very blessed to be with a company that has been around longer than I have.”

St. Louis native and rap artist Nelly added that he was also impressed by the firm’s track record. “The history in St. Louis is above and beyond, and I wanted to congratulate them. One hundred years at anything is remarkable,” he said, after showing off his Jordan 3s for the occasion.

Sullivan said she was very happy with the turnout. “We wanted to make sure to include people from our hometown, and I’m a big fan of Jennifer Hudson. Who isn’t?” she said.

“This is an amazing thing to be part of — a 100-year-old company,” said Sam Edelman. “They have given us such a platform to explode our business.”