Designers Invite You to Sleep Over 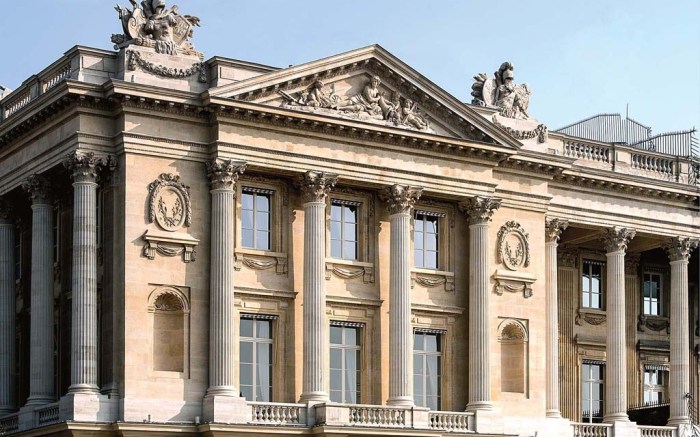 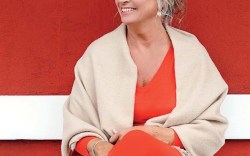 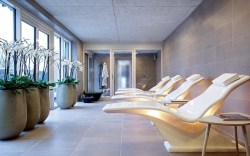 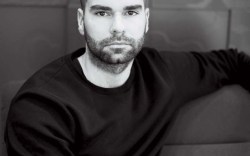 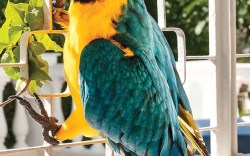 Consumers take their favorite shoes on trips and vacations, so why not let those designers outfit their rooms, too?

That’s the thought motivating the latest crop of fashion insiders extending their talents into the hospitality world.

Leveraging the fan base for their core brands has allowed Beverly Feldman, Ilse Jacobsen, Karl Lagerfeld and Srdjen Prodanovic to pursue their passion projects: hotel and spa design. It’s a new creative outlet and one that can have a real financial upside.

The fashion-hotel pairing isn’t new. For example, Casa Camper, the Spanish shoe firm’s namesake establishment, debuted its first door in Barcelona in 2004. Other labels that have doubled as hoteliers include Salvatore Ferragamo, which has a suite of hotels in Italy; Christian Lacroix, who designed hotels in Paris; and Oscar de la Renta, who has decorated luxury villas in the Dominican Republic.

For Beverly Feldman, her Villa Finca Belon, a boutique property in Alicante, Spain, came about when she decided to heavily pare back on her own global travels for her namesake shoe line.

“When I stopped traveling about a year ago I found I had more time to work on this project,” Feldman said.

At Villa Finca Belon, guests can choose from one of three unique rooms — the White, Chinese or Mexican-themed suites — each of which is adorned with vintage furniture and decorations, collected by Feldman throughout her trips over the past 40 years. “Designers like to design. If you’ve been designing something for 40 years, like I have, sometimes you need a little diversity,” she said.

And branding experts told Footwear News that move can resonate with consumers.

“With designers, one of the things that stands out is the beauty of the promise of happiness and an attention to detail. They have permission to move into side ventures because we have an emotional attachment to their brands as they transcend from the world of ‘product brand’ to ‘experience brand,’” said Dean Crutchfield, global head and owner of branding firm Dean Crutchfield & Associates.

That’s part of the appeal for Paris’ legendary Hôtel de Crillon, which has partnered with designer Karl Lagerfeld.

A self-professed fan of hotel living, Lagerfeld’s latest venture into the world of hospitality involves designing two luxurious suites at the Hôtel de Crillon, which is undergoing a major renovation and is slated to open in 2015.

Radha Arora, president of Rosewood Hotels & Resorts, which recently added the destination to its suite of properties, said, “Lagerfeld will bring his discerning fashion eye and expert knowledge of architectural craftsmanship [to the] Parisian hotel.”

Crutchfield agreed: “Hôtel de Crillon is one of the most expensive hotels in the world and is trying to remain relevant to the luxury modern traveler. Bringing in Karl has given their marketing message an edge they wouldn’t have otherwise had.”

While entering a whole new field does mean a split in focus away from the core business, designer Ilse Jacobsen said opening her new wellness retreat has been a smooth process.

“I am used to balancing the demands of my business,” she said. “I have not only two biannual shoe collections but also two biannual clothing collections, a rainwear collection, three flower shops and a beauty and spa product line.”

Kurbadet by Ilse Jacobsen, located in Denmark’s seaside village of Hornbaek, debuted last November, and is in keeping with the designer’s approach to her women’s footwear line: simplicity, style, quality and functionality.

“It is essential to me that my shoes are not just great to look at; they must be made of good-quality materials and be comfortable to wear. I do not compromise on these fundamentals,” she said. “The spa is created with the same philosophy. It must look amazing, but it also is essential that it works well, too, creating real benefits for those who use our facilities.”

That alignment is critical, according to Marc Beckman, founder and CEO of Designers Management Agency United.

“If [designers] don’t maintain full creative control, then [both the hotel and the brand] could be watered down significantly, and that hurts both sides,” he said.

Beckman added that one the key reasons collaborations of this nature sometimes fail is “insufficient funding, when the hotel partner waters down the designer’s creative vision and when the appointed designer lacks talent.” On the flipside, if a designer becomes distracted by the side project, it can hurt their main collection, he said.

Expressing another aspect of his love for fashion is part of what inspired Burak Uyan co-founder Srdjan Prodanovic to create Boutique Hotel Villa No. 174 in Rio de Janeiro’s Santa Teresa neighborhood. It soft-launched last summer but is set to open its doors officially in June to coincide with the 2014 FIFA World Cup.

The villa is part of an old mansion, planted in the heart of a tropical garden, and contains four themed suites, each with a distinct aesthetic. And like Burak Uyan’s shoe designs, the rooms are inspired by architecture, mixed with a high dose of glamour and comfort.

According to Crutchfield, making sure the property reflects the designer is what will appeal to the brand’s fans. “They are bringing more people into their world and experiencing the stretching of their franchise,” he said. “It’s the attention to detail that comes with the credibility of these people being designers.”

“Shoe designers are obviously preoccupied with style and the need to make the shoes comfortable. I guess the hospitality space is taking that philosophy of comfort to the next level,” she said.

A Night at …
Inside the designer hotel properties

Kurbadet by Ilse Jacobsen, Ilse Jacobsen
• Ispired by the therapeutic powers of the ocean and years of visiting luxurious spas worldwide, Jacobsen opened private health haven Kurbadet by Ilse Jacobsen in Denmark’s seaside village of Hornbaek in November 2013.
• The luxury spa features a steam room, sauna and indoor heated therapy pool, offering treatments ranging from facials to personal training sessions, with a focus on health and relaxation.
• Supporting Jacobsen’s holistic philosophy is a gourmet restaurant serving nutritious food with a Nordic touch, while a team of chiropractors, physiotherapists, dieticians, beauticians and masseuses are on hand to help guests with the prevention and treatment of an array of disorders.

Hôtel de Crillon, Karl Lagerfeld
• Fronted by the grand architecture of Ange-Jacques Gabriel, the Hôtel de Crillon faces the spectacular Concorde, touted as one of the most legendary city squares in the world, and was built at the request of Louis XV and transformed into a palace in 1909.
• Lagerfeld has been tapped to design two luxury suites at the Parisian landmark as part of the hotel’s marketing efforts ahead of the property’s reopening in 2015.
• Richard Martinet is masterminding the project, while the new interiors are being created under the artistic direction of Aline d’Amman and three Paris-based decorators: Chahan Minassian, Cyril Vergniol and Tristan Auer.

Villa Finca Belon, Beverly Feldman
• Fans of Beverly Feldman’s shoe line have flocked to her showcase villa in the Alicante region in Spain. The rustic farmhouse offers three distinct rooms — the White, Chinese or Mexican-themed suites.
• Feldman utilized an empty room to create a store to showcase work from her footwear label.
• Visitors have the option of taking a dip in the palm tree-lined Olympic-size swimming pool or perusing her design studio.
• Guests are greeted by Feldman’s brood of dogs on arrival, while staff are on hand to organize a tour of nearby shoe and handbag factories. Visitors also are encouraged to dine with her in the farmhouse’s eat-in kitchen as an extension of the boutique hotel’s focus on Spanish hospitality.

Boutique Hotel Villa No. 174, Srdjen Prodanovic
• Most hotels have a concierge at the front desk, but Boutique Hotel Villa No.174 has a macaw parrot mascot named Nino.
• The cheeky feathered hotel resident personifies the bohemian and artistic spirit of the villa, situated in the Santa Teresa neighborhood near downtown Rio de Janeiro.
• The villa contains four uniquely themed suites, such as the Pool Room, which has a jungle vibe and features patterned wallpaper, plants and wood furniture. This gives way to a Mediterranean-inspired pool area surrounded by copious greenery and friendly monkeys.
• To compose the environment, Prodanovic commissioned paintings of Bosnian artist Radmila Djapic and sourced vintage furniture from local stores.