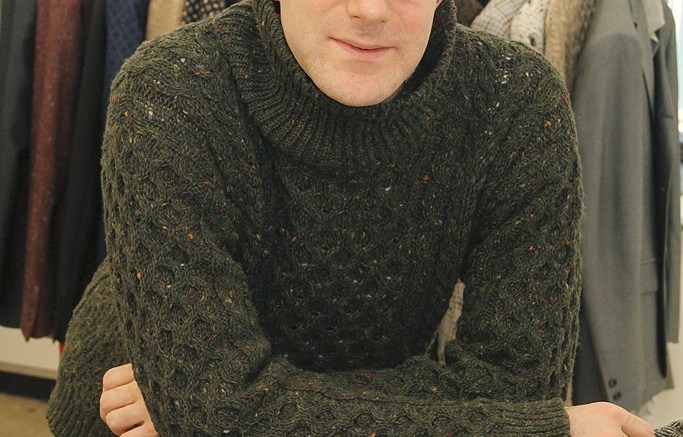 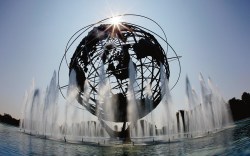 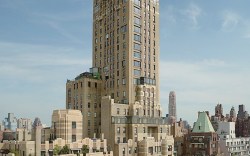 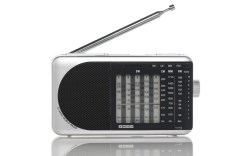 Menswear designer David Hart said he owes his creativity to his grandfather. His eponymous accessories and clothing collection harks back to styles his 93-year-old grandfather wore in the late 1950s and early ’60s. “He was a snappy dresser and went to clubs like El Morocco and the Stork Club in New York,” said Hart, who has collaborated with H.H. Brown-owned footwear label Walk-Over for runway shows since his fall ’13 debut. “Walk-Over is in sync with my brand’s history and heritage, and it’s made in the U.S.” For his fall ’14 presentation, Hart customized the brand’s Cambridge wingtip in six colors of patent leather: classic black and brown, in addition to cream, oxblood, green and asphalt. “I’m always looking to the past and thinking of ways to update the wingtip or brogue to make them fun and exciting.” While Hart noted he likes to add a touch of the unexpected to his collection, it must also be based in tradition. “My customer is the 30- to 40-year-old guy who appreciates well-made clothing and fabrics,” said the designer. “He’s looking for [styles] to add to his wardrobe, but [also keep] for a long time. He wants to stand out and not look like everyone else.”

Politician I would have liked to dress: “John F. Kennedy. He was known for his classic iconic American style and great taste. His look and clothing is still relevant for today’s modern gentleman.”

If I could live in a hotel, I’d choose … “The Carlyle in New York. I could spend every evening at Bemelmans Bar, people watching and admiring every little detail of the wall murals painted by Ludwig Bemelman.”

Late-night talk show I watch most often: “I’m a morning person, so I’m usually in bed before they come on. [Instead], I listen to National Public Radio when I’m preparing for my day.”

Favorite female vocalist: “Billie Holiday. I can’t get enough of those sultry lyrics. I’ve spent lots of days working on my collection, listening to her music.”