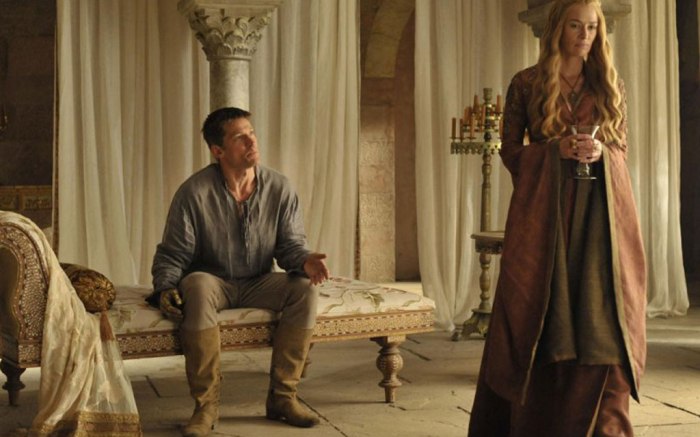 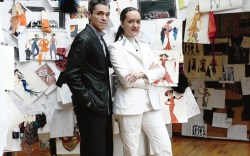 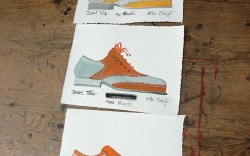 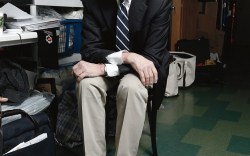 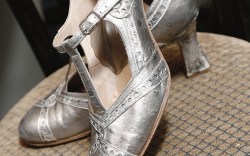 On the Great White Way, a lot comes across in a footnote. Just ask Linda Cho, the Tony Award-winning costumer of “A Gentleman’s Guide to Love and Murder.” “The subtleties of a shoe, the height, the toe — those details speak to who the character is,” she told Footwear News in an exclusive interview. FN caught up with Cho and other designers from some of the season’s buzziest productions to talk about what goes into shoeing the shows that are captivating audiences.

What were your starting points for design and inspiration?
IT: We started with the music, and [Warren] came every week to dance and show us the steps. He said we were free to pull inspiration from the 1920s to 1940s, so we weren’t stuck in just one era — we were free to experiment and give [the show] a modern perspective. The lyrics and the Langston Hughes poems were a big part of this, too. I didn’t want [the show] to feel like a [period] piece, especially since jazz is always evolving and being reinterpreted.

Who did you work with to create the shoes?
RT: Capezio here in New York — they have such a rich history and culture. Back in the ’80s, sometimes we would style our collection with just flat black or white Capezio ballet slippers, so they are definitely part of our fashion vocabulary.

How did working on this show influence your other projects, and vice versa?
RT: I was working on a mural for the Lexington Hotel, which was built in 1929 and where Joe DiMaggio and Marilyn Monroe lived when they first got married. It set the tone for color and graphics. It blended right into this project.
IT: I opened Fashion Week in Barcelona, and a lot of my women’s designs featured flowers and felted fedoras — inspired right from the show. I didn’t even realize it was happening.

What kind of challenges did you face when designing the costumes?
WIL: The seven principle roles were completely reimagined and reinterpreted, so I reconceived the costumes along the actors. It’s a very joint journey. We brought in period references again, copying lots of vintage styles, and theatrically aged them.

What were some of your inspiration points for the shoes?
WIL: The ladies’ shoes were inspired by old Vogue illustrations from the 1920s. We worked with T.O.Dey to create the ladies’ court shoes, choosing 3-inch heels and silver leather. When they get scuffed up onstage, we touch them up with radiator paint.

Do you do lots of additional customization?
WIL: We’ve added orthotics for Michelle Williams and some of the other actors. And we’ve used bra straps to elasticize the Mary Janes to make quick changes easier. Actually, many of the Mary Janes have been converted to T-straps for security. I imagine the real cabaret girls of the ’20s had plenty of their own costume tricks up their sleeves.

What about the men’s shoes?
WIL: The men’s shoes are all purchased, but every pair is different. They are rubber-soled because they run up and down the stage … but then how do the women do it? Men are always wimps.

How did you approach working on this show as a period piece?
LC: I thought the steampunk movement would be a great way to frame the show and give it a contemporary context. I absolutely researched the Edwardian times, but also the Victorian era, which is where steampunk has its roots. I also did a lot of fashion research: Galliano, Gaultier, Christian Lacroix.

Where did you source the shoes?
LC: Many of them were custom-made by T.O.Dey here in New York.

What were some of the challenges in designing shoes for this show?
LC: The heel and toe shapes are generally what signals a period look, so for my leading ladies I needed to retain the Louis heel, which is very difficult to find. I had to buy shoes online, rip off the heels and give them to the shoemakers to use.

Jefferson Mays plays eight different characters in the show. Did he need as many pairs of shoes?
LC: He actually wears the same pair of Stacy Adams lace-up boots throughout. Some of the changes have to happen in a matter of seconds, so there just wouldn’t be the time for him to change. Even when it looks like he’s wearing a tall riding boot, it’s actually just a chap on top.

What was it like working with Neil Patrick Harris? (Editor’s note: Harris’ run on the show will end on Aug. 17. He will be replaced by Andrew Rannells on Aug. 20.)
AP: When Neil and I were first in touch, he told me, “Bring it on. I’m a real physical actor, I love challenges, and I’m not afraid of costumes.” It was the opposite of what I am used to hearing from actors. I was so inspired by his enthusiasm and his willingness and bravery.

Where did you source Hedwig’s gold boots?
AP: I had them made by my personal favorite shoemaker, Gary Kazanchyan [owner of] Andre #1 in L.A. When Andre himself was still alive in the early ’90s, I was working with Lenny Kravitz, and he made a lot of his platform boots — which actually weren’t that different from Hedwig’s boots.

Hedwig’s gold high-heel boots are an iconic element of the show. What inspired their look?
AP: First of all, they had to be scrappy and sexy and cool, and look like something Hedwig could have afforded. In the movie, Hedwig’s boots were red, but we wanted to be sensitive to Kinky Boots and do something unique. We ultimately chose a beautiful gold-foiled leather, which we’ve been touching up with gold paint. They now have this layered DIY effect, which feels very authentic to Hedwig.

What about all of the stitching?
AP: Hedwig, as a character, is like a patchwork person. Cobbled together from all these experiences, she’s made a physical transformation to get free, so a lot of the costume concepts are based around patchwork and DIY — including her boots. The stitched detailing is inspired from the song “Angry Inch,” specifically the line “scar like a sideways grimace on an eyeless face.”