A Day in the Life of Bonpoint’s Christine Innamorato 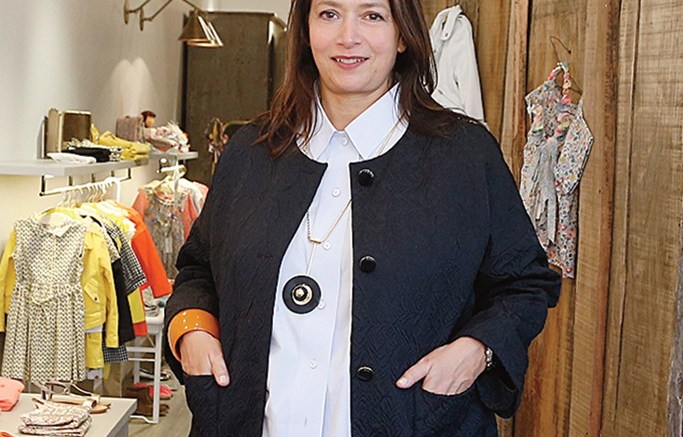 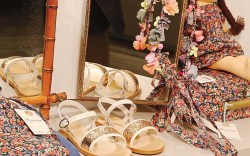 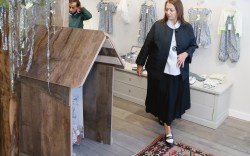 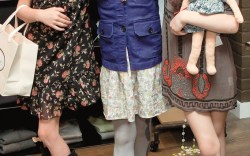 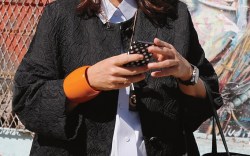 Decades ago, when French children were good at school, they were rewarded with a small badge called a Bonpoint. Now, the term is better known as the kids’ brand that has been elevated to cult status, thanks to creative director Christine Innamorato. Since taking the helm in 2005, the designer has boosted the label’s success, including a focus on footwear. “Children want to be comfortable in their shoes, whereas women couldn’t care less about that,” she shared on a recent visit to New York to fête Bonpoint’s new Soho flagship, situated next to fellow Parisian export Laudurée. As the brand prepares for its 40th anniversary next year, Innamorato reflects on being the arbiter of baby style during a whirlwind day.

9:30 AM
Though Christine woke up at 4:30 a.m., thanks to a combination of jet lag and a full agenda, she meets with her assistant, Farah, hours later over espresso in the hotel lobby. “Customers spend a lot more on children these days,” she says, getting right down to business. But because of Bonpoint’s reputation as a category leader, increased competition hasn’t been a major factor. “I am very free on the creative side, although I pay close attention to sales figures and clientele feedback.” Customers include such celebrity moms as Kate Moss and Victoria Beckham.

11 AM
Christine visits the 1,900-sq.-ft. Soho boutique for a quick review with the merchandising team. Artful presentation and vignettes are key to the brand’s whimsical appeal, as are the candy-hued shoes. “The footwear business is very important,” she says. “The idea for Bonpoint is to have everything for children, from birth to the teen years. Before, we were buying shoes from other brands, as we only had a few styles. But since I joined the company, we added a full footwear offering.” Prices range from $90 for plimsolls to $280 for hand-beaded bootines. The most expensive item in the collection is a frock that tops out at $1,908. “The occasion dresses sell very well here,” Christine says, “but France remains our biggest market, followed by Asia and America.” Altogether, the company operates more than 100 stores worldwide.

12 PM
The designer squeezes in an interview with The New York Times over lunch at Soho’s Cipriani, but can’t stay too long as she needs to prep for the following night’s opening party, which will include a live filming by Web star Garance Doré for Bonpoint’s site. “I wanted to have children in motion. Bonpoint garments are designed to allow for movement. I love to see the looks children create when they freely mix everything together,” Christine says, citing a trench, trainers and a tutu as a beloved recent toddler-styled look.

2 PM
Back at the store, activity is underway with florists, technicians and party planners all readying the space. Despite this highly organized chaos, the designer appears calm. “I am not as nervous as I used to be, although these kinds of events are always important,” she shares. “I hope people will think of the boutique as charming and cute. The idea is that all children and parents should always feel happy in a Bonpoint store.”

3 PM
We hop into a car to visit one of Christine’s newer Big Apple discoveries: the Willamsburg section of Brooklyn, N.Y. “I go there for vintage shopping,” she says. “It feels a little like Paris’ 10th arrondissement, which is very bohemian-chic.” We check out the Wythe Hotel and stroll around the neighborhood, taking in the colorful graffiti murals before zipping back to Manhattan.

4:30 PM
Opting for a complete change of scenery, we head uptown to The Carlyle Hotel. Christine takes me to the art gallery tucked upstairs, currently showing a series of Andy Warhol’s silkscreen portraits of Jacqueline Onassis. The vivid palette inspires the designer. “Color is about finding the exact hues and pairing them accurately,” she says. “For example, I would not do a combination of orange, turquoise and bright yellow on one look. I would rather have turquoise juxtaposed with gray.”

5:15 PM
At high tea time, Christine discusses her discreet approach to celebrity dressing. “When I know a high-profile person has come to the store, I like to send her a small note and a bottle of our perfume, but that’s it,” she says. Sometimes, she will make special creations for clients, such as flower-girl dresses for Kate Moss’ wedding. “Kate had found a dress that her daughter wore when she was 2 that inspired the design. I made some suggestions about the colors and shoes,” she says. The designer ends her day at 7:30 p.m. with a team dinner at Blue Ribbon Sushi. “I have a big day tomorrow, so I need a nice meal and to go to bed early — quite like a little child.”