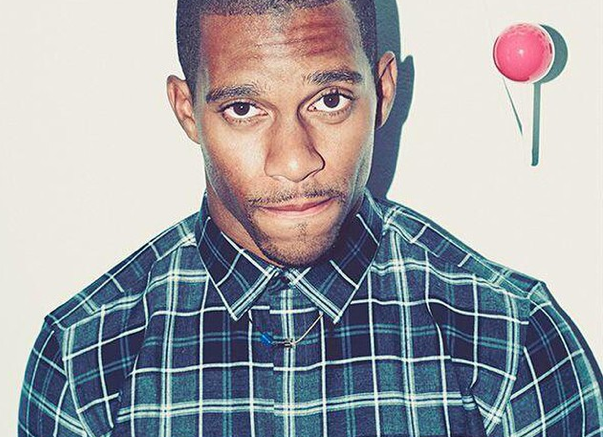 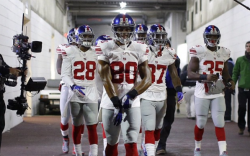 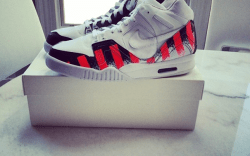 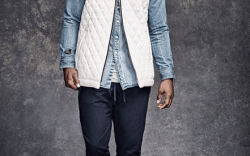 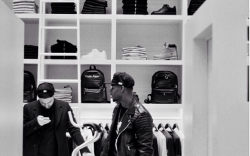 Victor Cruz is making a play for fashion. The New York Giants wide receiver, 29, (and recent FN cover star) has emerged as the NFL’s most style-savvy name. Though still recovering from a knee-injury, he has hardly been putting his feet up, between modeling in Gap Factory’s holiday campaign and for Mrporter.com to posing for Japanese label Ones Stroke’s collaboration with New York streetwear emporium Kith. Then there is his pending footwear project with Nike, a brand of which he has long been a devoted collector. We spoke with him on one of his favorite topics: sneakers.

Is it fair to say you are a #sneakerhead?

“100 percent. There is no other way. Anybody who has dedicated a guest room in their home, it’s safe to say they are a true #sneakerhead.”

How many pairs do you currently keep at home?

How do you organize your collection?

What pair is your current wardrobe MVP?

“I go through phases. One week I might be feeling Jordan 4s so I’ll wear a bunch. Right now, I’m into Jordan 1s in different colorways. Today I’m wearing Jordan 11s.”

What is it about Air Jordan and Michael himself that still resonates today, in your opinion?

“It’s the story. People link the shoes to his championships and a time in their lives. Culturally, it’s been everywhere from sports to Spike Lee movies and is still relevant. As far back as I can remember, in our community growing up they were so put on such a pedestal — that never leaves you. That energy you get from buying your first pair, you want to feel that again. That’s why people continue the chase.”

When you can have anything you want, do you still get the thrill of a new pair?

“Ecstatic. I still get excited about it. I love the hunt of the shoe more than receiving the actual shoe, which is kind of crazy. I love calling people up, trying to figure out where and how to get the shoe.”

Surely you don’t have to chase them any more though?

“I don’t necessarily have trouble. The most I’ll have is trying to get it as early as possible before the masses and trying to reach out to Nike and my sneaker guys. That’s the hardest part. I want to be the first one, I want to put it on Instagram, I want people to see me with them on. It’s a little bit of a competition, if you will, among sneakerheads.”

You have become known for sharing your fashion sense and sneakers on social media. Was this a conscious decision to have an identity off the field?

“It’s a chance for people to get to know me and know things I like, where I am going, what I’m wearing. It’s funny, the people that are close to me say that I should show more. I have trouble showing a lot of stuff, but I still let people into what I’m doing and obviously the sneakers I am wearing. Also, the clothing I love. When I go places like Milan for fashion week. I like keeping people abreast on that. There is definitely an opportunity to give people a sneak peek into my life.”

Speaking of the runways, there is a lot more crossover these days between athletic performance brands and high-fashion designers. Any favorite collaborations?

“Definitely Riccardo Tisci. He’s the guy. I’ve met him a few times, and he’s an amazing person to work with my favorite brand, Nike. Anytime you can mix true fashion with athletic footwear, it’s a match made in heaven because you know that they are going to bring an aesthetic and style that you have never seen before. Either you love it or you hate it, but most of the time you love it.”

You are also working with Nike now on your first line. What is the creative process like?

“Nothing is necessarily solidified just yet, but I think we are working on something that’s pretty huge. It will be out next September I think, you’ll see what’s come to fruition. I can’t speak on it just yet, but it’s definitely fun, it’s sneakerhead-driven and it’s lifestyle-driven.”

What boxes does a Victor Cruz sneaker have to check?

“It must show my culture — where I grew up, being Hispanic, African-American. Style, because I am a very style-conscious person; and just a story that goes along with it. Something that the kids can relate to. That’s what kept me involved as a kid. It plays a big part.”

What’s surprised you most about the process thus far?

“There are so many components that go into it. All of the material options alone — you can come up with so many different combinations. It’s something that’s interesting to me, and I’ve learned a lot in the last few months.”