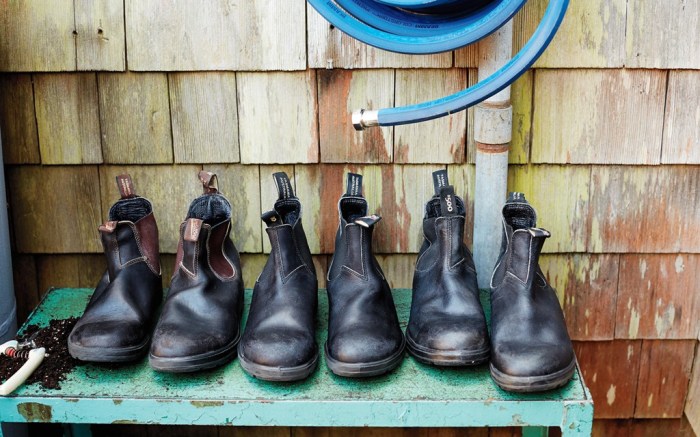 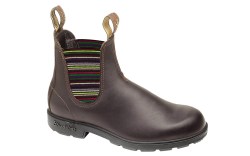 Blundstone is going to work. In response to growing interest from hipsters for its utility boots, the Australian brand, which has been around for more than a century, has established a U.S. subsidiary, expanded its product offering and stepped up its marketing.

The label has been available stateside for 25 years but remained relatively under the radar. Now, its signature Chelsea boots are garnering real estate at fashion retailers, including J.Crew, Steven Allan and David Z.

“It hasn’t happened in a meteoric way,” explained Tim Engel, U.S. sales manager for Blundstone USA, based in Somerset, N.J. “Instead, over the last 18 months, it’s been pulsating steady and stronger with retailers that carried Blundstone as an item business and now want the [boots] in 10 [SKUs]. Retailers I never thought to call are now calling me.”

Blundstone USA took over sales and marketing last year from Ralph Libonati Co., which now handles operations. Engel said consumer interest in the brand has become more wide-ranging. Formerly embraced by a loyal group of creative types, such as artists and chefs, Blundstone has hit a chord with young consumers attracted to heritage product.

At Denver-based Dardano’s, store manager Dillon Dardano said the store has seen a 40 percent increase in year-to-date sales for the label, a trend he expects to continue. “There’s a buzz out there about the brand, and consumers have been gravitating toward [the boots] for their blend of style and functionality,” he said. “While the boots mostly appeal to more active, outdoorsy individuals, you occasionally see couples wearing them. It sums up how versatile and fashionable the brand can be for both genders.”

For now, the U.S. accounts for only 10 percent of global sales — Blundstone’s third-largest international market after Israel and Canada — but business here is on pace to double in 2014 over last year, with similar gains predicted for 2015.

“Millennials want brands with value that they can ascribe to,” said Kate Shevack, managing partner of New York-based Brand Initiatives Group, which was hired to develop a more distinctive brand positioning and marketing strategy. “Blundstone has never spoken to its roots in a direct way before.”

To introduce the label to a new wave of consumers, Blundstone this fall unveiled new in-store signage and displays. It also stepped up its social media efforts, interacting with consumers through Facebook, Twitter and Instagram. In addition, a revamped U.S. website, Blundstone.com, is set to go live in early 2015, offering e-commerce for the first time.

On the product side, the label realized it was time to diversify. “For the longest time, our customers were satisfied carrying Blundstone boots in black and brown,” Engel said. “As the brand has become more popular, our retailers were very open to colored leathers and color pops on the [elastic] goring and outsole, giving us a bigger presence on their walls.”

Dave Bailey, owner of Danform Shoes in Colchester, Vt., has carried the boots for a decade and noticed a slow pickup in sales in recent years. In fact, for 2014, revenues were up 51 percent over the year prior, Bailey said. “At first, I started seeing Blundstones when I went to the local farmers markets, where young people who work on farms were wearing them,” he said. “That culture was catching on since [the shoes] provide a lot of durability.”

Style updates have also factored into new demand. “[The company] seems to be working hard at making the line a bit different as far as [new] colors go, giving the existing customer a reason to buy,” Bailey added. “That’s important to keep a brand rolling.”

While Blundstone’s 500 Stout Brown boot (a unisex Chelsea style in oiled leather) remains a best-seller, the company introduced a lightweight canvas series in three colorways for spring ’14. For fall ’15, new additions will include a lace-up style and a suede series, all on the brand’s signature 500 bottom.

“We’re keeping our DNA,” Engel said, noting that new product lines will not stray far from the brand’s roots. “We like our space and don’t want to [spread out] too wide. This helps us maintain our cool vibe.”