Why the Boys’ Market Is Back 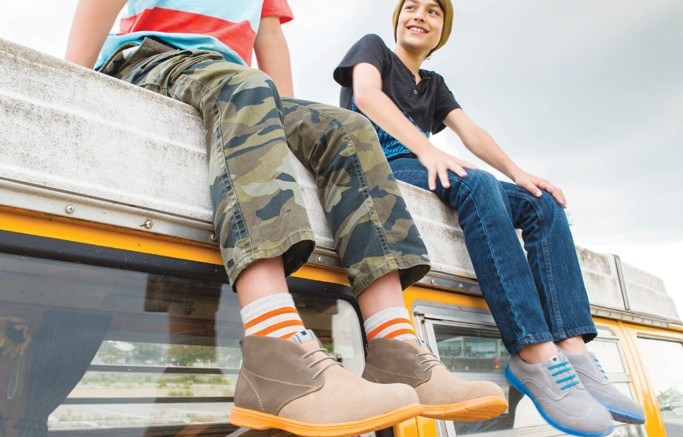 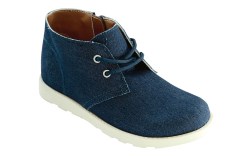 The boys’ casual shoe market is making a comeback.

Sparked in part by the metamorphosis of men’s fashion, more vendors are addressing a category that has long been overlooked, introducing sophisticated collections that offer a stylish alternative to athletic shoes. Veteran men’s label Florsheim was early to the scene with the 2012 launch of a boys’ takedown line. A number of other brands followed, including, most recently, Nina, which last month debuted Elements by Nina in stores for back-to-school.

For kids’ retailers, the new merchandise has been a boon for business. “We’re doing very well with collections like Florsheim, and we’re excited about Nina’s new line,” said Ivan Castro, kids’ buyer and manager at New York-based Harry’s Shoes. “It’s great to see vendors finally looking at the boys’ market. Until now, there was nothing fresh or exciting in boys’ casual footwear. Everything was focused on the girls’ category. Customers would come in and say, ‘This is all you have for boys?’ It was just tired.”

Castro noted that many children’s vendors conceded the boys’ business over to athletic players such as Nike and Adidas, but the recent fashion push in the category is an opportunity for those brands to get back in the game. “Sneakers obviously dominate the boys’ market, and we certainly sell a lot of them, but we need to have other options. As some of these kids’ brands are discovering, there is a real opportunity for them to bring in more fashion and fill that void in the casual area,” he said.

Connie Cohen, footwear buyer for Lester’s, a clothing and shoe retailer with four locations in New York, said her boys’ business has picked up significantly in recent seasons. “Before, there was hardly ever anything new for boys. Now there are a lot of cool casual options, so we’ve definitely increased our buy [on the boys’ side],” she said. “We’re doing well with men’s-inspired styles like bucks, laceups and slip-ons with bright color pops on the outsole or the laces. It’s great to finally see some fun and fashion for boys.”

By tapping into the styling in its men’s division, Florsheim has found fast success in the boys’ market, according to Mark Kohlenberg, who oversees the children’s business for parent firm Weyco Group Inc. “We’re seeing pretty staggering growth. Many of our retail accounts are doubling their open-to-buys,” he said. “In all my years in the kids’ business, I’ve never seen increases like this. There has just been a tremendous neglect of the boys’ market.”

Kohlenberg pointed out, “This is all gravy business for retailers — business that, for the most part, didn’t exist before or that was at a very small level.”

He added that the growing emphasis on style in the men’s footwear market has helped pave the way for a transformation of the boys’ category. “It’s now fashionable for men to wear fashionable footwear, and that influence has trickled down to young boys. It’s cool for boys to dress up and express themselves through fashion,” he explained. “That barrier of resistance has disappeared, opening up a huge opportunity in the market.”

The success of Florsheim Kids has prompted Weyco to take a bigger stake in the boys’ business across its brands. The firm expanded its Stacy Adams kids’ offering and has added a small boys’ line under the Nunn Bush name for spring ’15. Its Umi children’s label also has stepped up its casual offerings for boys.

Nina, meanwhile, is hoping to see similar success with the new Elements collection. According to Alan Paulenoff, EVP of the kids’ division, the New York-based brand saw an opportunity to capitalize on its nearly 25-year history in the girls’ market with a companion boys’ line. “The timing felt right,” Paulenoff said. “We saw what has been happening in men’s footwear and we heard from our retailers that they were looking for more options. They complained of having to buy the same basic styles over and over because there has been so much sameness in boys’ footwear.”

For its inaugural season, Paulenoff said the company secured strong sell-ins with better department stores, independents and e-tailers. “We’ll have some great exposure at retail this fall, but we’ve just scratched the surface. There are many retailers who [haven’t been in] the boys’ market because it’s been so stagnant for so long. We believe there is a lot of opportunity to grow as more stores address the category,” he said.

When it comes to product, Paulenoff noted that the sneaker influence remains important, even if boys are wearing other styles now. “Boys live in sneakers, so when they’re wearing other shoes, they still want them to feel like sneakers. That’s been our approach with Elements: [We’re offering] versatile, sneaker-inspired styles,” he said, citing the collection’s vulcanized bottoms, bold color accents and interesting mix of upper materials.

Evan Cagner, president of Synclaire Brands, reported that the push to inject sneaker influences into casual footwear has resulted in shoes that cover more wearing occasions. And that is a big selling point for parents. “You’re seeing styles like wingtips and oxfords on sneaker-type constructions, and those styles resonate with the boy because they look and feel like a sneaker,” he said. “The parent gets it and likes it because the shoes can be dressed up — it’s not just a single-occasion item.”

According to Cagner, whose company offers small boys’ collections under some of its newer licensed brands, including Tommy Hilfiger and Elie Tahari, children can take these newly casual shoes from playtime to a party. “That’s helping to drive the surge in the business right now. Customers appreciate that versatility,” he said.

And as more vendors beef up their boys’ offerings, Florsheim’s Kohlenberg hopes it will lead to a better balance in the kids’ category overall. “[It’s understandable that] much of the market has only paid attention to girls’ shoes because that’s where the sizzle and flash is,” he said. “But half the babies born are boys. It’s a customer base that can’t remain overlooked.”