Brand of the Year: Vans 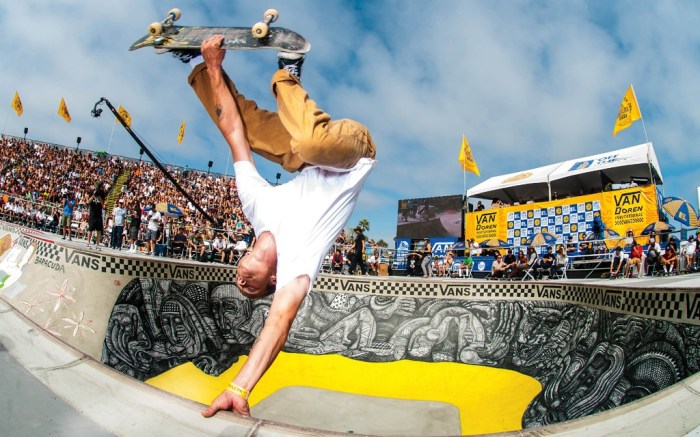 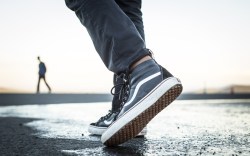 Vans has a lot of experience influencing youth culture with its iconic products and marketing, but the label has never taken its popularity for granted.

“It’s incredibly difficult for a brand to stay relevant in a youthful business, especially in a time when things are moving at digital speed, but we’ve managed to [do so] all these years. Still, we never get too comfortable,” said Kevin Bailey, president of Vans, a division of Greensboro, N.C.-based VF Corp. “It’s critical that we never stop, that we stay close to our consumers and deliver the innovative products they expect from us.”

For Bailey, who returned to run Vans in 2009 after a two-year absence, maintaining relevance has also meant not being afraid to shake things up. “When I came back, I saw there was a bigger opportunity. The demographics and psychographics of our consumer base were vastly different from when we started,” he explained. “While we still define ourselves as an action-sports heritage brand — we have no intention of ever abandoning our roots in skateboarding — we now look at [the bigger universe of] youth culture as encompassing other avenues, including art, music and street culture. We’ve changed the way we think about our brand today.”

The shift in viewpoint has broadened Vans’ sales avenues. The third quarter of 2014 marked the label’s 20th consecutive quarter of double-digit growth. Sales are on track to hit $2 billion by year-end, making Vans VF’s second-biggest brand behind The North Face. By 2017, revenues are projected to reach $3 billion.

Retail partners lauded Vans’ ability to adapt. “They haven’t stood still as the customer has changed through the years, but have evolved with the customer,” said Ken Hicks, chairman and CEO of Foot Locker Inc. “They know their customer and consistently create product and marketing that hit the target. [Vans has] been key to Foot Locker reaching this important consumer [group].”

“Vans has done a tremendous job of staying relevant,” said Jim Estepa, president and CEO of The Journeys Group. “[They understand how to reach that] teen customer who responds positively to lifestyle-driven footwear that is on-trend at the right price.”

On a global scale, Vans has capitalized on VF’s international platforms and accelerated its expansion in Western Europe, South America and Asia, where revenues in the recent quarter soared 40 percent.

The brand is also working to become a year-round player. Weatherized collections were introduced this year in both footwear and apparel. “A four-season model allows us to reach new geographies where vulcanized-canvas footwear is put away for the winter,” Bailey noted. “Now, there are more options for off-weather months.”

Like many sneaker labels, Vans has also tried to soften its image with more feminine styling and new marketing initiatives, such as its “Be the Original” campaign, launched this past summer. “Vans is traditionally viewed as a male brand, so we’re working harder to engage the female consumer and show her our more playful, fashion-­driven side,” Bailey said.

He added that amid increased competition in the vulcanized-sneaker space, the campaign is a cheeky way to remind consumers that Vans has been making its classic slip-ons since long before the style was trendy.

The label consistently stands out as a savvy marketer, known for creating unique content and immersive experiences. This year, its second permanent House of Vans location opened in London, featuring a music venue, art gallery and skate area, and Vans stages pop-ups of the concept around the world. Also, the annual Warped Tour music festival celebrated its 20th year.

“To have an authentic conversation around our lifestyle pillars, [such as] art and music, we need to be present in those worlds,” said Fara Howard, Vans’ global VP of marketing. “What makes Vans unique is that we talk to our consumer every day, whether it’s through events like these or on social media.”

That close connection with the fan base can ensure longevity, Bailey said. “You remember that summer at the Warped Tour when you crowd-surfed to your favorite band and lost one of your checkerboard slip-ons. It’s those moments that make Vans a classic.”