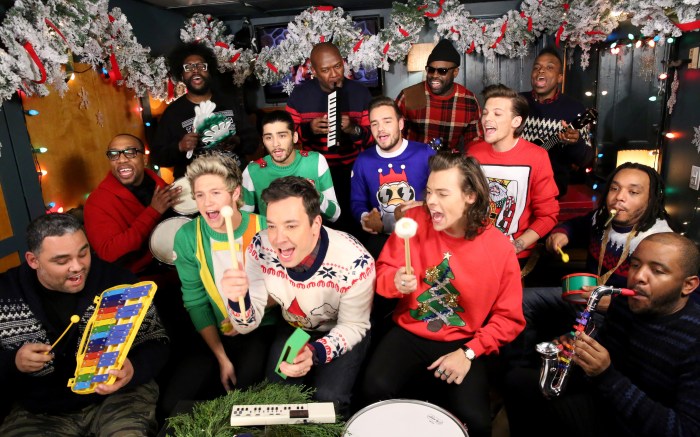 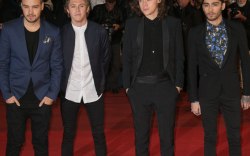 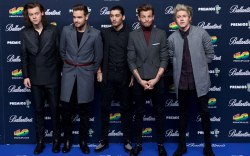 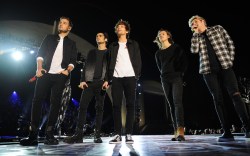 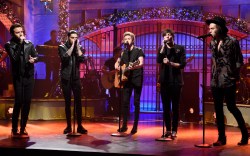 One Direction hit “The Tonight Show Starring Jimmy Fallon” and brought us a little holiday cheer.

The boys wore their best holiday sweaters for the performance, which went perfectly with the children’s instruments.

1D is having quite the week on NBC.

First, they were the musical guests on “SNL,” then they performed on the “Tonight Show.” Tonight, their hourlong TV special airs. Fans will get to see behind-the-scenes footage of the group on tour, as well as a special concert.

The quintet has always had style, and when it comes to footwear the boys tend to have their own taste.

Styles is a huge fan of Saint Laurent and can be seen wearing the Wyatt boot. Lately, Louis Tomlinson has been wearing Adidas Gazelles, and Zayn Malik has been rocking lots of creepers. Liam Payne is often seen wearing Timberlands or combat boots, while Niall Horan likes to rock Converse and high-tops.