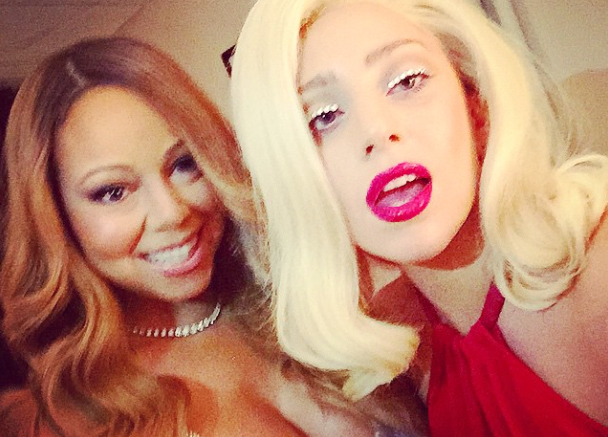 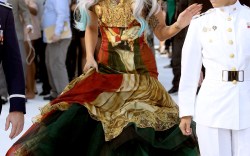 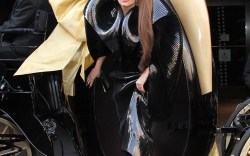 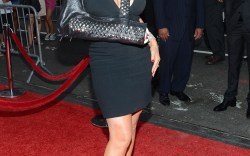 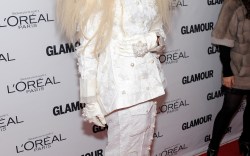 Gaga attended Carey’s concert at the Beacon Theatre in New York City, and she (thankfully) documented this major moment between the two divas for the rest of the world to see.

“Hey ladies, Merry F–king Christmas. Love, Mariah and Gaga. This lady is so kind, such a star, and sounding legendary tonight at Beacon Theatre,” Gaga Instagrammed.

The “All I Want For Christmas” singer has always been a true shoe addict. Back in 2010, Carey debuted her own footwear collection exclusively for HSN. “I spend more time in high heels than anyone I know,” she told FN at the time.

The line included suede boots trimmed with faux fur, quilted boots adorned with chains, a leather pump sneaker and a platform sandal with rhinestones. Her collection was inspired by her favorite designers, like Jimmy Choo and Manolo Blahnik, as well as her own style.

Even though Gaga hasn’t released her own shoe line yet, the singer’s shoe game is on another level. We can bet she spends just as much time in heels then Carey, and they may even be higher.

Let’s take a look at the songstresses’ best shoes.

Who do you think does footwear better? Let us know in the comments below.