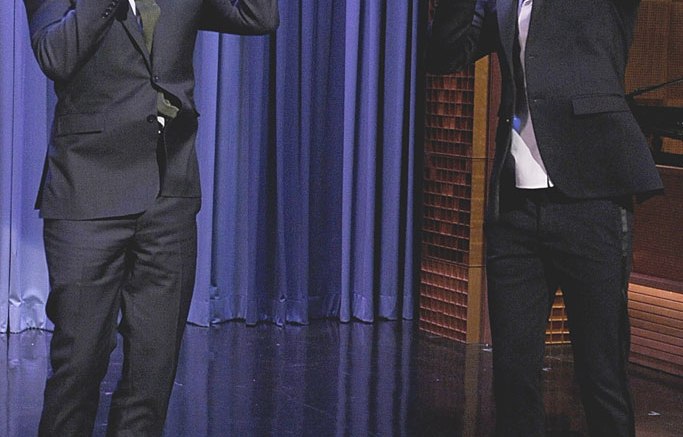 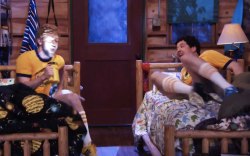 Our favorite dynamic duo this side of Batman & Robin reunited on the Dec. 16 episode of “The Tonight Show Starring Jimmy Fallon,” and when we weren’t laughing, we were coveting their great footwear.

They revived one of their most beloved sketches with “Jimmy Fallon & Justin Timberlake Are Back at Camp Winnipesaukee,” and our eyes were immediately drawn to the pair’s vintage sneakers. Take a look at the hilarious video:

The kicks got us seriously nostalgic about their previous teamwork, where they’ve looked great while buddying up to make us laugh. What we love about Fallon & Timberlake is that they keep so fresh while they’re funny — always dressing perfectly for the occasion.

When Timberlake appears on “The Tonight Show,” he’s often sporting sharp sneakers, keeping in line with the fun and casual vibe of Fallon’s stage. Award shows often showcase a similar cool guy flair, but when he wants to see the ladies truly swoon, Timberlake can move to more sophisticated and dressy fare without ruining his slick image.

Fallon, meanwhile, chooses to stay dressy unless comedy desperately calls for it — after all, he’s the consummate talk show host. He’s a complete pro and he dresses the part. That said, it’s fun to see him kick back a bit, as he did during last night’s camp sketch.

As with many other funny guys who are still sharp-dressed, these dapper gentlemen don’t look great by accident. In fact, Fallon told ‘GQ’ the thing he respects the most about Timberlake is his well-groomed swag.

“Justin’s got style,” he told the magazine. “I always think, I could never pull that off, but Justin Timberlake can pull that off. Also, he works hard. Top that. “

Tell us, footwear fans: do you prefer seeing Fallon & Timberlake dressed up or dressed down?