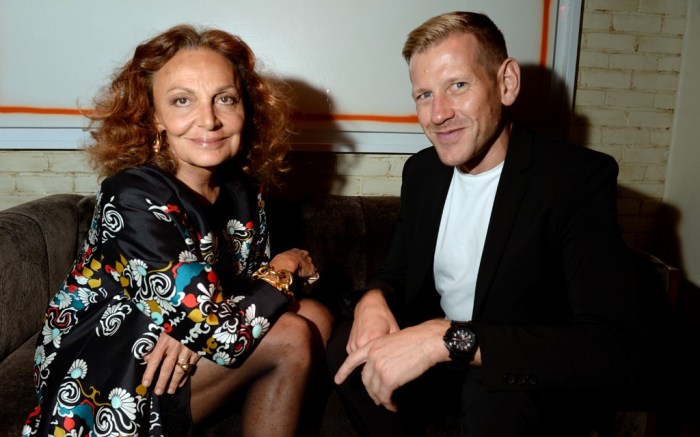 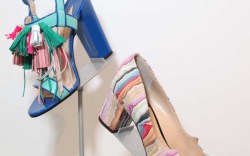 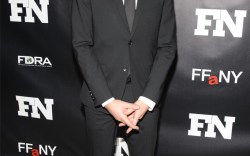 The rising footwear star took home the coveted CFDA/Vogue Fashion Fund prize on Monday, joining the likes of past winners Alexander Wang, Joseph Altuzarra and the Proenza Schouler duo. It was a major moment for both Andrew and the footwear industry — never before has a shoe designer claimed the top prize. (Tabitha Simmons was a runner-up two years ago.)
Here is a look at some of Andrew’s key milestones over the past few years.

Fall ’12: Andrew reveals plans to launch his namesake collection after spending a decade at Donna Karan as VP of collection accessories design and previously working with Calvin Klein, Narcisco Rodriguez and Alexander McQueen.

Spring ’13: Designer unveils collection of feminine and polished single-sole designs, a departure from the platforms that define the market at the time. Retailers from Barneys New York and Saks Fifth Avenue to Shopbop.com pick up the launch collection. “What I wanted to do was create a sexy, elegant, well-crafted shoe collection that is simultaneously comfortable and wearable,” Andrew said at the time. “Shoes are difficult to fit, and [Donna Karan] always pushed me to make them better. It’s been torture at times to get them perfect, but that focus on fit, comfort and quality is what sets me apart.”

December 2013: FN names the Paul Andrew brand its launch of the year.

June 2014: Andrew appears at the FN Summit as part of an emerging talent panel. “It has been ingrained in me how to build a calendar and stick to it,” the designer said there, alluding to his past work at Donna Karan and other fashion labels. Andrew noted that he crisscrossed the globe during the last month, and visits his Italian factory sometimes three times in a month.

September 2014: Designer debuts his spring ’15 collection at New York Fashion Week with a video installation shot by Steven Sebring. Many of the styles take inspiration from the Greek Islands and ancient Greek mythology, including the “Athena,” a knee-high gladiator sandal that is laser-cut from a single piece of calfskin.

November 2014: Andrew takes home the top prize in the CFDA/Vogue Fashion Fund competition. He will receive $300,000 to fund his business, along with mentoring from a key industry player.