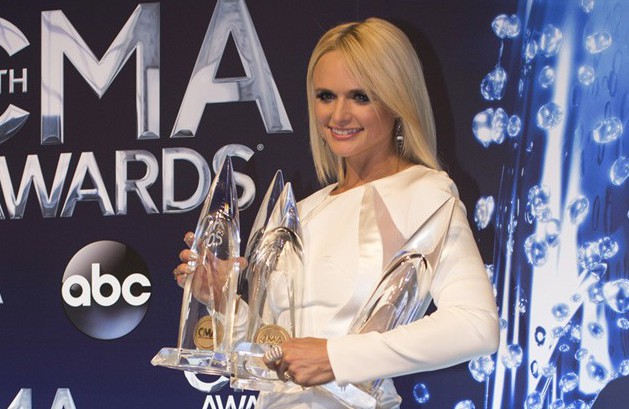 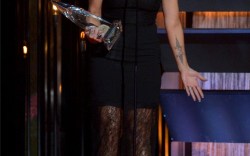 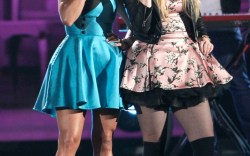 It was a busy night for Miranda Lambert.

The 30-year-old took home four prizes — including Album of the Year and Single of the Year — at the 2014 Country Music Awards last night, and wore even more outfits.

When she hit the stage to sing “All About That Bass” with Meghan Trainer — one of her two performances for the night — the country star wore Palter DeLiso’s clear PVC and ruby Fiance platforms with a bright blue dress. Taking to the microphone a second time, she opted for shorts and black slingbacks with gold details.