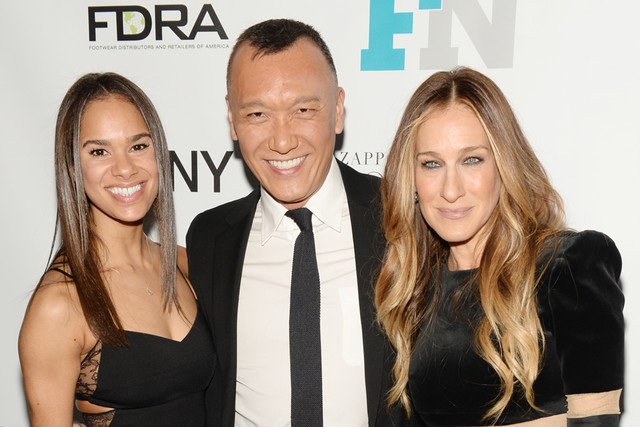 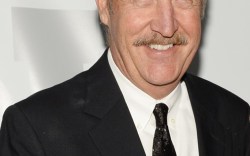 “These are the winners who actually set the bar higher for the rest,” Michael Atmore, FN’s editorial director explained as he opened the event, which is sponsored by Zappos Couture, FFANY and the FootwearDistributors and Retailers of America.

Nicole Richie was awarded the first prize of the night for Influencer of the Year.

“I don’t consider myself a [style influencer], because I have been influenced by so many women–my mother being one, Sarah Jessica [Parker] being another,” she said.

“The gift [of this event] is remembering and recalling such extraordinary lives and careers,” said Sarah Jessica Parker, who wore nude Carrie heels from her eponymous label to accept her Launch of the Year award. “[This award] is a great encouragement to [our team],” she said, thanking Nordstrom for giving the collection its first home.

Kevin Bailey accepted the Brand of the Year Award for Vans, thanking the brand’s retailers, including presenters Opening Ceremony.

“It’s not about the celebrity status of a brand… It’s about connecting with our base, staying humble,” Bailey said in his speech.

Brooke Burke-Charvet paid tribute to the Skechers team, who gave her her first modeling gig 20 years ago. She praised the company’s charitable efforts as she presented Michael Greenberg with the award for Company of the Year.

Ballerina Misty Copeland told Under Armour’s Kevin Plank that he might not realize it, but “[he’s] changing the ballet world.” Copeland starred in the athletic line’s female-focused I Will What I Want campaign alongside Gisele Bundchen.

Other presenters and winners took a light-hearted turn as they hit the stage later in the show.

“Most people think of me as the shoe,” Stan Smith laughed as he told the story about his work with Adidas.

Pierre Denis, who accepted the prize for Jimmy Choo, joked that the luxury label launched its IPO if only to score the coveted Newsmaker of the Year Award, while Nicholas Kirkwood recited a poem for Level Shoe District that he penned in the car on the way to the show. Giuseppe Zanotti had the audience laughing with his quick wit and off-the-cuff speech.