Inside the FNAAs: Designers Talk ‘Sex and the City,’ Stan Smith 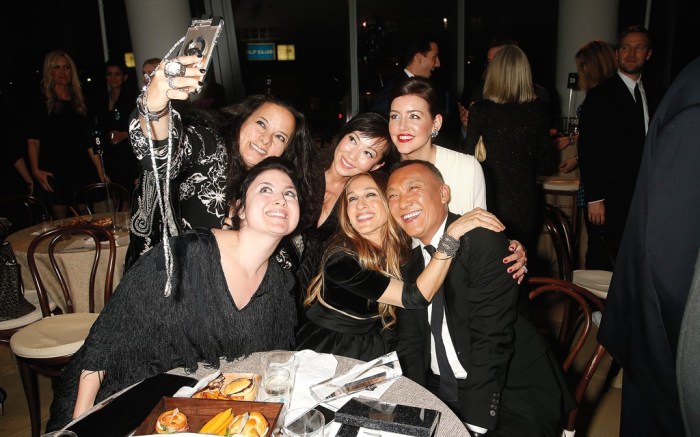 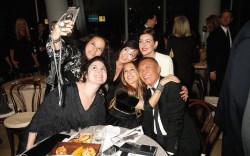 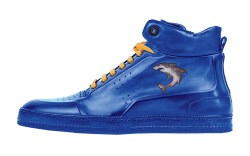 The SJP Effect
Sex appeal — or at least “Sex and the City” references — was high at the FNAAs, thanks to iconic actress and Launch of the Year recipient Sarah Jessica Parker. A number of top designers and executives took to the stage and referenced her famous character Carrie Bradshaw, the show and SJP’s own love of shoes. Here, Spy recounts the sound bites.

Sonny Shar, Pentland Group: “[Where I lived in] Nubia, Africa, didn’t have TV, and when I came to the U.S., I watched your show, Sarah.”

Joe Zee, Yahoo Style, while presenting to SJP: “She talks about every single one of her shoes like her best friends.”

Linda Fargo, Bergdorf Goodman, on Giuseppe Zanotti: “Who else could outfit Samantha Jones in ‘Sex and the City’ naked lying in sushi?”

Toast of the Town
Nicholas Kirkwood. Pierre Hardy. Fern Mallis. An unlikely trio? Perhaps. But they were all on hand at Level Shoe District’s fête at La Esquina to celebrate the Dubai-based retailer’s FNAA award. It was a whirlwind week for Kirkwood, who attended the much-buzzed-about British Fashion Awards in London on Monday and the Victoria’s Secret show on Tuesday. The designer crafted nine glam runway styles for the angels and Taylor Swift. “I thought she was great,” Kirkwood said of the songstress, who performed at the show for the second year. Speaking of great, the designer wowed the FNAA crowd with his clever poem saluting Level. Up next, he is headed back to London for Christmas and then to Patagonia for a friend’s nuptials. As for the New Year, Kirkwood isn’t one to stick to resolutions. “I normally break them by about the third week in January,” he quipped.

Cytrynbaum Says
He’s already got major partnerships with Nicole Richie and Heidi Klum, but now Rick Cytrynbaum is taking things up a notch. The exec said Modern Vintage is unveiling a new line with Kendall and Kylie Jenner for spring ’15. While Steve Madden had been producing the shoes as part of a sublicensing agreement with Modern Vintage, the latter is now taking it back. “We’ve got something really cool planned,” Cytrynbaum said.

Modern Warrior
It might seem like an unlikely source of inspiration, but Daniele Michetti was inspired by Japanese warriors for pre-fall ’15. “I saw an exhibition in Japan and fell in love with the world of samurais,” he said. The inspiration was reflected in slingbacks and stiletto sandals, on which Michetti used hexagonal shapes to recreate the idea of warrior kneepads. The designer is also currently working on his men’s collection, which he hinted will be a modern take on more-classic styles. Designing menswear can be a challenge, though. “Men wear shoes in a sporty, classic or fashion way — you only have three kinds of worlds,” he said. As for the holidays, the designer hopes to rest at home after a whirlwind trip to Hong Kong — but don’t expect any of his shoes as gifts. “My friends usually ask for specific styles, though,” he joked.

Shark Attack
Berluti and retailer The Webster Miami have collaborated on a capsule collection of shoes, bags and luggage (available in stores now). “I put together the collection with Berluti’s artistic director Alessandro Sartori,” said Laure Heriard Dubreuil, founding partner and buyer for the store. “It is super-cool and a wink to the movie ‘Jaws,’ which we grew up with.” Focusing in on the footwear, Berluti’s newly introduced men’s high-top sneaker is given a sprightly twist in bright red and blue leather (retailing for $2,930), which is inked with a shark tattoo. In other collaboration news, the retailer also recently held the launch party for the Alejandro Ingelmo x Dwayne Wade sneaker collaboration.

Stan Stunts
“I’ve been trying to get my hands on the orange Raf Simons Stan Smiths, but I haven’t had any luck,” said Smith, who accepted the Shoe of the Year award for Adidas at the FNAAs. The former tennis pro opted to wear his classic white style instead for the awards, where he posed with and signed shoes for fans. As for his most worn pair of Stan Smiths? “They’re maroon with black stripes. I customized them myself,” he said.