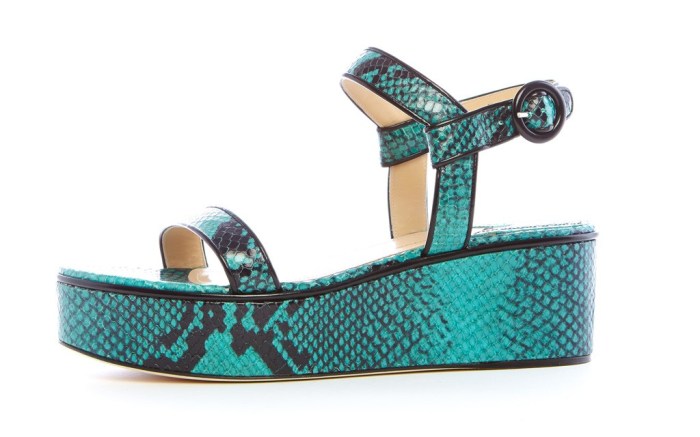 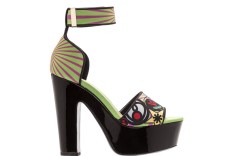 What goes down, must go up. Indeed, spring ’15 marks the hotly disputed return of elevated soles after the style was pushed to the sidelines season after season. On the runways — namely Tom Ford and Hedi Slimane at Saint Laurent — and at the footwear presentations in London, Milan and Paris, chunky platforms were gunning for a comeback. This go around, the look had a chunkier heel, as seen at Sophia Webster, Nicholas Kirkwood and Gio Diev, which gave the silhouette a clunkier, less-vixenish spin. Flatforms and wedges were also prevalent, with Paul Andrew, Pedro Garcia and Bally offering sandal versions that went retro in terms of silhouette, but were firmly grounded in the now.