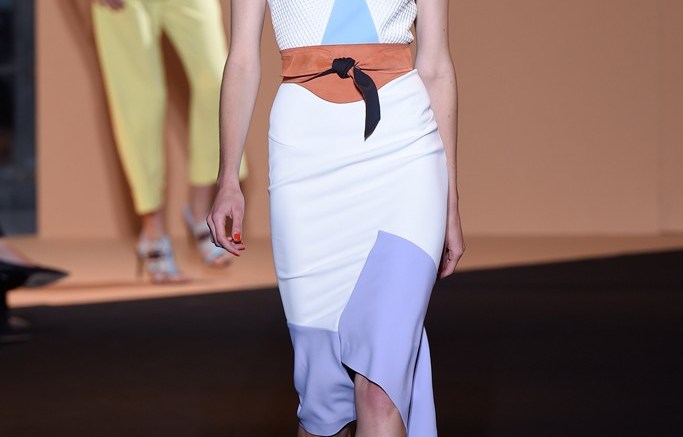 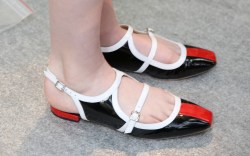 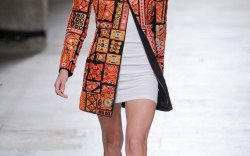 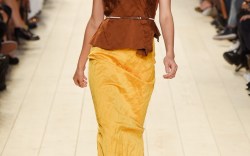 10:18 a.m.
Since becoming creative director at Robert Clergerie, Roland Mouret has been applying his footwear prowess to his signature label. Multi-strap suede sandals in an array of color combos mixed and clashed with his ready-to-wear accordingly. Perky pastels tempered with steady neutrals is a big trend this season, from the feet up.

11:27 a.m.
Carven’s collection was inspired by aviation, and the shoes were no exception. Airline hues, ticking and 1960s-era stewardess uniforms all factored in, as seen in these patent flats. The mod squared-off toe is another important new shape to note this season.

1:30 p.m.
A visit to Café de Flores is a Paris must, made all the more so by trench coat designer Dryce Lahssan’s brunch presentation there. While he doesn’t do footwear (yet), quality outerwear and shoes go hand in hand — the two most important investments for one’s wardrobe.

3:15 p.m.
Impossible to miss, Barbara Bui’s highly reflective pointed lug-sole oxfords would be a safe choice for cycling home late at night. Novelty sole treatments are another trend with growing momentum this season.

5:32 p.m.
Nina Ricci’s Peter Copping is a highly original colorist. The unusual pairing of yolk and brown was given a purposeful élan via the coordinated buckled sandals.