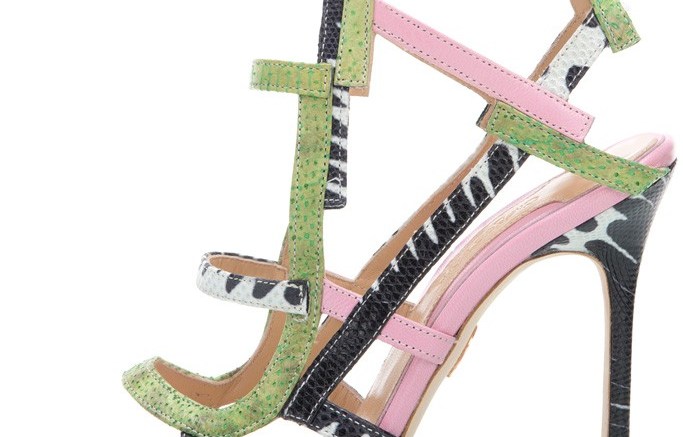 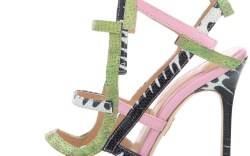 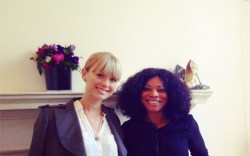 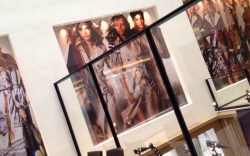 11:17 a.m.
With top-tier retailers and a consistently strong footwear offering, Simone Rocha has quickly blossomed from emerging talent to one of London’s most standout young designers. Shoes this season came two ways: floral neoprene oxfords with her signature lucite heel or pointed flats trimmed in fur. All eyes were on the models’ feet.

12:45 p.m.
Pop into Somerset House to see the latest Chelsea Paris collection and catch up with designer Theresa Ebagua. Her spring ’15 lineup features the season’s top hues: pinks and greens, as seen on her Blade heel. America, Japan and the Middle East are her biggest markets, and she shows me the styles catered to each region.

1:30 p.m.
Meet up with L.K. Bennett’s press director at their Covent Garden store. She lets me in on some hush-hush new brand collaborations — watch this space.

3:30 p.m.
Visit Burberry’s impressive HQ, Horseferry House, to get a closer look at the collection. Yesterday’s show was complete sensory overload, and I surely missed many of the finer details. The sneakers and sandals are offered in a dizzying number of colorations, with contrasting soles and footbeds. I’m sure we’ll see them all on showgoers next season.

8:49 p.m.
Take a cloud-print lift up to the fifth floor of Harrods, now known as Shoe Heaven, appropriately. It’s doubled in size and is now called the world’s biggest footwear department. A host of designers (Edgardo Osario of Aquazzura, Cesare Casadei, Nicholas Kirkwood, Charlotte Dellal of Charlotte Olympia and Rupert Sanderson) mingle with the fashion cognoscenti and check out each other’s wares. Models of the moment Suki Waterhouse and Edie Campbell also make appearances. DJ Mark Ronson, in a booming leopard smoking jacket, is on the decks.