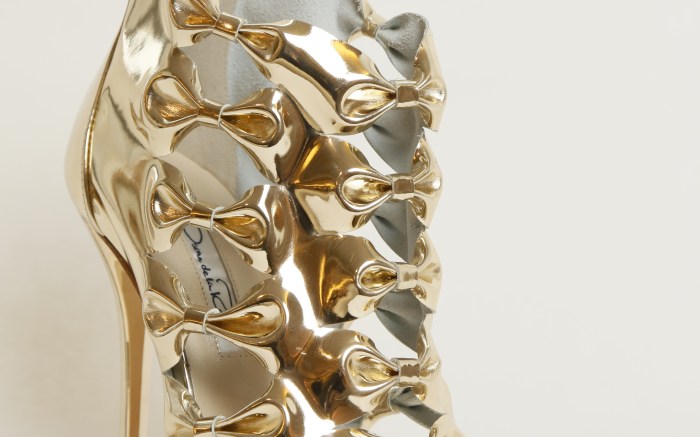 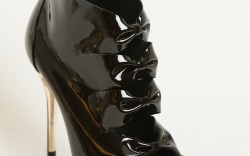 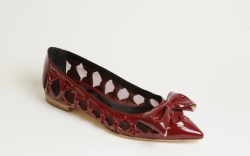 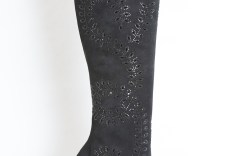 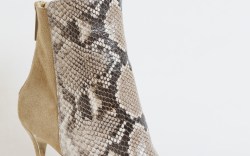 “I’m kind of obsessed with this shoe,” says Daniel Lawler, Oscar de la Renta’s VP of footwear design. He’s holding a gold bowed sandal and its accompanying pert pump. The classic flourish is in step with a key trend this season.

“It’s such a simple thing, which are always the most difficult to do well. We sliced the leather every 25mm and then pinched it just so,” he explains. Though he’s off to Italy soon to fine-tune the fall ’15 footwear (which will complement new designer Peter Copping’s debut collection), he took time to walk FN through the latest shoe styles. Coming off last season’s well received Amber oxfords (they did nab the top spot on FN’s Top 20 shoes of New York Fashion Week, after all), Lawler is showing more menswear-inspired flats – adding a fresh counterpart to the feminine allure of the ready-to-wear. “I redid the loafers with a crepe sole to lighten them up and make them a bit sportier,” he notes. Though this being Oscar-land, they are of course rimmed in glimmering stones. “It’s an evolution, but still glam.” Other standouts included patent dégradé wingtips and suede boots punctured with eyelet cutouts and fine embellishment. “There are eleven thousand crystals on the tall boot. The factory is proud of that – we counted.” Here, FN picks the most eye-catching styles from pre-fall ’15.