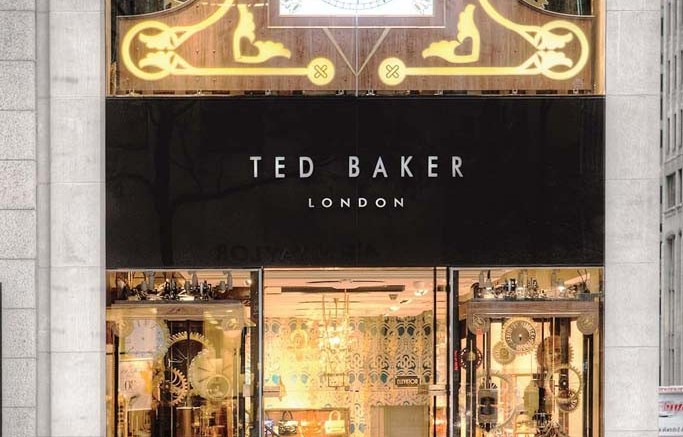 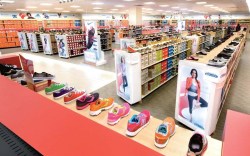 NEW YORK — Some footwear retailers are discovering that bigger isn’t always better when it comes to store formats.

Increasing rents and the rise of Internet shopping are two factors prompting firms to reconsider their strategies.

The shift is occurring in all areas of the industry, from luxury to mass market. Brands such as Stuart Weitzman, Kate Spade, Havaianas and Ted Baker London are tweaking their sizes and aiming for a mix of neighborhood locations and flagships. Larger-footprint merchants, such as Skechers USA Inc., DSW Inc. and Famous Footwear, also are experimenting with smaller doors.

Famous Footwear, which rolled out stores that were 12,000 to 15,000 square feet in the early part of the millennium, has adjusted to 5,000 to 6,800 square feet per store. That move, coupled with a shopping app and digital platforms, has allowed the retailer to grow swiftly and touch more customers, according to executives.

“Our format enables our consumer to easily shop our stores. … We’ve invested in our assortment efforts and are focused on a smaller number of key styles and greater depth with those products,” said Tim Meyer, SVP of retail finance and real estate for Famous Footwear parent Brown Shoe Co. “Our consumer is truly interested in the omnichannel experience, which means they’re shopping in-store, online and via mobile.”

Last summer, DSW also unveiled a strategy for smaller formats. At 12,000 square feet, the new stores are about half the size of the retailer’s typical units and are currently operating in Bloomington, Ind., and Muskegon, Mich.

Though tests are still underway, the company announced in its year-end earnings call plans to open around five smaller-format locations this year. “The stores are doing fine so far, but we think they could do even better if we were able to electronically make our full assortment available to the customers who frequent those stores,” President and CEO Michael MacDonald said on the call earlier this month.

Omnichannel initiatives are the key to success for DSW and other retailers, according to CL King & Associates analyst Steven Marotta.

“The holy grail of micro-marketing, [or precisely targeting customers by a certain characteristic], is taking information online — sizing, habits and preferences, the frequency of how they buy — and using it to create an incremental purchase later,” said Marotta. “To do as much as you did in the large footprint in the small, you have to have a strong e-commerce complement that can capture a similar share of your customer’s wallet.”

“Until there is a better way to package shoes, you have the old-fashioned issues of dealing with the size of the shoebox and having a lot of stock,” said Leslie Mayer, executive director of retail services at Cushman & Wakefield in Los Angeles.

DSW and Skechers skirt this issue by putting most styles on the buying floor, according to Mayer. Not only does it save space but heightens the sense of immediacy for a purchase.

And companies such as Skechers that make and sell their own product could benefit most from a condensed format, the broker added. “The stores that are going to be more successful are the ones that are controlling their own destiny — they’re [overseeing] what they’re putting in the stores themselves,” said Mayer.

Ted Baker is one brand investing heavily in smaller stores and focusing on serving the neighborhood shopper in more intimate spaces. The company downsized from 5,000 square feet to 2,800 square feet for most non-flagship locations in Boston; Santa Monica, Calif.; and Scottsdale, Ariz. It leaves bigger shops for high-traffic tourist areas such as New York’s Fifth Avenue and Las Vegas. “We place a great deal of importance on customer service and clienteling, which works beautifully in a smaller format,” said Craig Smith, global director of brand communication for Ted Baker.

Pomerantz noted that the stores that have succeeded with small spaces have done so by creating a specific atmosphere. And they are in constant communication with their customers through in-store events, loyalty programs or personalized communications from associates on new merchandise.

“I hear it from all generations of women: They like the smaller stores that create an environment that is more intimate,” she said. “As the Internet gets stronger and stronger — which it will — [the shift to smaller stores] will get stronger, too. I am a firm believer that brick-and-mortar and the Internet have to live together.”