What Buyers Want at OR Show 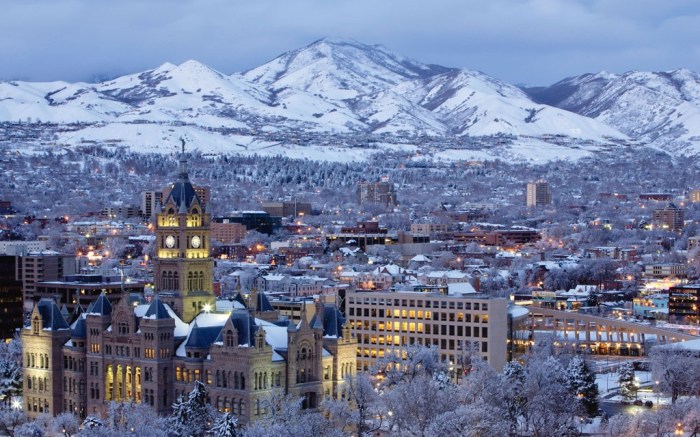 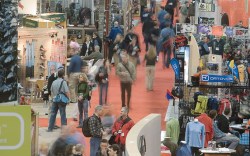 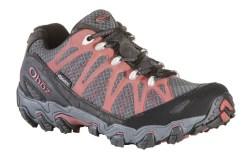 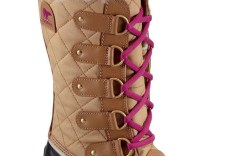 Freezing temperatures and snow across much of the country has clearly boosted sales in the past few weeks, brightening the retail mood. At the same time, many stores found themselves unprepared for the winter rush since they cut back on inventory this year.

“Most people will tell you that weather trumps everything,” said Geoff Brugler, owner of State College, Pa.-based Appalachian Ski & Outdoors. “After several seasons of mediocre winters, we started to get more conservative with our buying, [while] vendors are getting more conservative with their collections, so unfortunately, we’re missing sales. If we had a magic wand, we could do 20 percent more business.”

Brugler brought in new brands, including Kamik, to fill in the gaps. Going forward, the retailer plans to write larger backup orders for seasonal product.

“We are going to look at a three-year average and see where those numbers ought to be,” he said. “But I don’t know that we’re going to change that dramatically.”

Several retailers agreed that favorable conditions have changed the equation this year.

“We’ve been totally weather-driven,” said DeAnn Echols, owner of Great Outdoor Store in Sioux Falls, S.D. “We had phenomenal success with Sorel. Waterproof and warm was very important to our customer, and Sorel gave them fashion but also the awesome function. It usually takes a little time for trends to come our way, but now [the brand] is a hit and we’re really glad to see that.” Other winners at the store have been winter boots from Bogs and tall leather styles from Patagonia and Olukai, particularly on the women’s side.

Echols said most of her order writing will happen at OR, and she intends to ramp up her stock of key brands.

“I plan to have some backup orders on Sorel,” she said. “We tried to get more in our shop for our customers, and they were blown out. I also want to see what’s out there for early fall and transition, and [will consider] expanding on insulated looks.”

Other retailers said they see nothing but upside to this winter’s early cold and snowfall.

“It’s been tremendous. The weather we’ve had is perfect for the outdoor season here. Cold and snowy makes for good sales of footwear,” said Rick Brigham, technical footwear buyer for The Outpost in Holland, Mich. Technical styles from Salomon, Asolo and Ahnu have been strong for his shop, as has the Oboz brand.

“The [customers] love the Oboz footbed. We’ve tried to communicate that to other brands: Put a good footbed in your shoe and you’ve got a sale,” he said.

While Brigham has been pleased with the store’s position on cold-weather boots going into January, he plans to tweak the look of his assortment for fall ’14. “You’re going see more color in technical boots, with more purples, teals and burgundies in the women’s product, with Ahnu especially,” he said.

Most other buyers surveyed said they are looking to make changes to their selections, too, including adding more lifestyle pieces.

At Gear:30 in Ogden, Utah, VP of marketing and media Brandon Long said the store’s core offering of performance product from brands such as Altra and Salomon continues to be well received, but the store also has seen success with less-technical looks from Merrell and Sanuk. “We’ve noticed a need for some casual styles,” he said.

Jack Harris, hardgoods and footwear buyer for Northern Lights Trading Co. in Bozeman, Mt., plans to reintroduce a limited selection of casual leather boots for women — but not men — in 2014 after a few-year hiatus.

“This trade show will be about looking at ice boots, ski boots and a couple of insulated hiking [styles] that will cross over for snowshoeing. But we’re revamping the wall a little bit [and] adding some noninsulated, waterproof styles,” he said. “That’s the biggest change.”

And many retailers said shoes that have multiple uses will continue to be hot commodities. (For more, see “Cold Shoulder” on page 22.)

Heather Lansdowne, buyer and operations manager at Manhattan, Kan.-based The Pathfinder, said consumers are on the hunt for technical hiking boots or multifunction shoes that offer perceived value.

“They’re looking for everyday shoes they can do things in but wear with jeans,” she said. “Our shopper is conservative. They don’t spend money on things they think are frivolous. And one nice quality of those shoes is they can be worn for a variety of purposes.”

Jay Kozel, buyer at Des Moines, Iowa-based shop Back Country, said the multiuse factor is critical on both the technical and lifestyle sides.

“The key to both categories has been versatility. Once a customer falls in love with a style they can wear in many settings and that has a long life, they’re keen to replicate that success,” he said, citing approach-style shoes and hybrid hikers that work for day hikes or overnight backpacking trips, and chukkas and ankle boots on the more casual end.

In fact, sales of multiuse shoes have been so good that Kozel said Back Country is considering cutting back on the insulated product that has been a standout for many retailers.

“If anything, we’ll double down on the [casual and lifestyle] footwear that worked for us this fall and scale back our winter boot offerings. Even with the polar vortex, winter boot sales were only good, not great,” he said.

And some storeowners said they will be on the lookout for emerging labels and new brands to differentiate their assortments and freshen the mix.

“We grow these companies from seeds, but we have to let go of them when they get to the point [that they can expand into wider distribution],” said Brugler of Appalachian Ski & Outdoors. “We’re constantly looking for the next company to grow and build.”