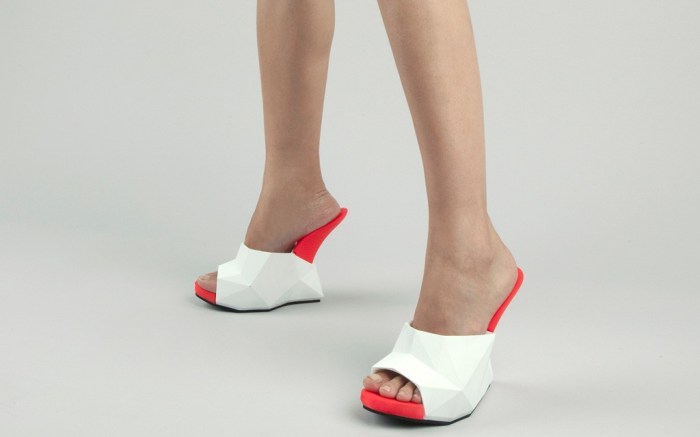 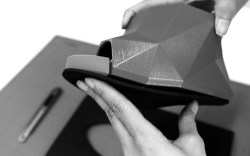 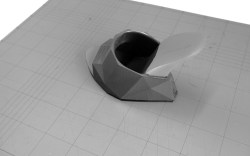 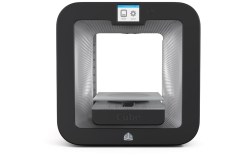 With the news last week that Amazon launched a 3-D printing store, the next wave in design is coming into focus.

On August 6, United Nude will unveil 3-D-printed Float Shoes at its New York flagship. The shoes are created on a compact Cube printer, manufactured by 3D Systems.

Combining a high-concept aesthetic and technology is nothing new for United Nude, founded by Rem D Koolhaas in 2003. However, printing on such a compact, consumer printer represents a first for the company.

“In recent years, we have made fully printed 3-D printed finished shoes with Iris Van Herpen for her runway show, which were made with state-of-the-art laser sintering 3-D printing, but we never designed a fully functional 3-D printed shoe that was made with an entry-level desktop printer,” Koolhaas explained. “In fact, this new $999 printer is very compact … but to print something that’s actually bigger than its printable footprint needed a lot of thought and creativity.”

Working with 3D Systems, United Nude will guide shoppers in store as they customize their shoes using a touch-screen console and printers — which can also be used at home.

“We designed the shoe in three parts that just simply link into each other, forming the final product,” Koolhaas said, adding that though the shoe is wearable (it features a hard cut rubber outsole), it should not be compared to more conventional shoes in terms of comfort.

“This design is about creating something beautiful & interesting, and it’s about experimenting, moving forward and about learning,” he noted.

The Float Shoes are available at Unitednude.com.