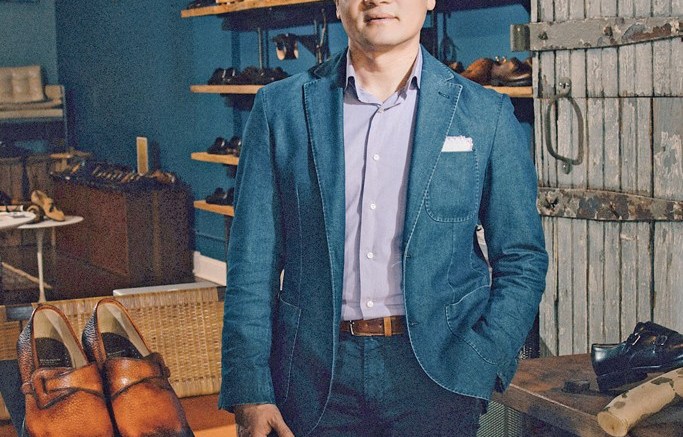 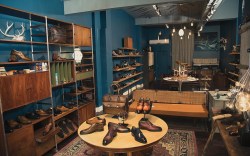 After more than two decades in the retail business, Tung To is finally doing things his way.

In November, the Philadelphia native, who spent much of his career climbing the ranks at Nordstrom, opened ToBox, an upscale men’s shoe salon in his hometown.

“It’s always been a dream to have my own shop. I just didn’t have the guts to do it. But everything finally fell into place, and I felt ready to make the move,” said To, who also spent four years running the men’s shoe department for Philadelphia-based Boyds before launching his business.

ToBox is located on South 19th Street, a few blocks north of bustling Rittenhouse Square — “still within the ‘action’ zip code, but without the high rent,” noted To, who financed the venture with personal savings. “So far we’ve had pretty good foot traffic.”

To set his store apart, To eschews mainstream brands in favor of smaller, lesser-known labels, among them Yanko, La Cordonnerie Anglaise, Scarpe di Bianco, Alberto Moretti, Carmina and Noah Waxman. Many of the collections ToBox carries are exclusive to Philadelphia and, in some cases, the U.S. market. The storeowner does a lot of traveling and scouts overseas trade shows to uncover new finds.

“I want to expand my customer’s horizons and taste level,” To said. “As the owner, it’s your job to lead the way, to steer your customers toward something a bit out of their comfort zone but still wearable for them.”

Although he admitted some clients are initially hesitant to try an unfamiliar brand, they usually can be won over by talking up the brand story and finer points of a shoe’s craftsmanship.

Designer Noah Waxman said To’s passion for product impressed him. “Tung has excellent taste and a wealth of experience with shoes. When we first got talking, he really understood me and the vision of my collection,” he said. “A place like ToBox is just what you want: a thoughtfully curated store mixing classic and surprising shoes. It’s great for men’s shoes and great for Philly.”

For gents seeking something truly unique, ToBox also offers a made-to-order service featuring its house brand. To works one-on-one with clients to design the styles, from loafers and boots to golf shoes and smoking slippers. The ToBox shoes are produced by a small factory in Spain, with a lead time of about six to eight weeks. Customers also can order custom styles from Italian label Scarpe di Bianco for delivery within six months. “The made-to-order service provides another option. Customers today are pretty savvy. They want styles no one else has,” To said.

To create a comfortable, relaxed atmosphere, the 1,000-sq.-ft. shop was designed like a living room, outfitted with an eclectic mix of antiques, rugs and mid-century modern furniture. “We want people to walk in and feel like they’re in their buddy’s house,” To said. “We filled the space with everything we love — things that have history and character.”

Many of the décor pieces, including a vintage Saarinen table and Dutch butcher block, are for sale. The idea is for the space to always change. “Just like with shoes, we want to bring them in and blow them out,” To explained. “Every time the customer comes in, we hope to have a new piece.”

Drawing from his many years on the selling floor, the retailer said he strives to provide the kind of memorable service that keeps customers coming back. He covers all the basics, including personally measuring and fitting each customer. He also spends time instructing customers on how to care for their shoes. “People seem to like this. I’m looking to build a long-lasting relationship with my customers, not just sell them shoes,” he said. The store has a shoe-shine station and offers resoling and restoration services. There is also a fully stocked bar cart so customers can unwind with a drink while they browse.

Word of mouth and social media so far have generated a steady stream of traffic since the store opened. “It’s been very organic. People are finding us because they love what we do,” To noted.

His customers range from local businessmen to tourists. “Customers are constantly thanking us for opening. There isn’t much that is unique to Philadelphia, so people appreciate what we’re doing,” he said, noting the timing for the venture is ideal, given the metamorphosis men’s fashion has undergone in recent seasons. “I’m in the moment and I’m just taking advantage of it. Men now have so many more options in terms of styles and colors. It’s an exciting time to be in this business.”