This Week in Cool Collabs 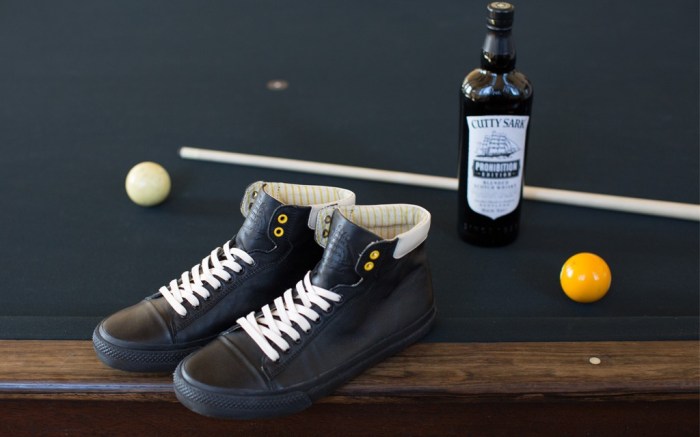 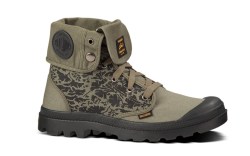 Generic Surplus is taking a spirited approach to spring dressing. The L.A.-based company has teamed up with whiskey brand Cutty Sark for a limited-edition shoe targeted to bartenders.

The high-top men’s sneaker is detailed in black with white lacing and yellow eyelets, which ties back to the label on Cutty Sark’s newly launched Prohibition Edition 100 percent proof whiskey. The cushioned tongue will also feature the Cutty Sark logo.

The shoe was developed in response to bartender demands for footwear that’s cool, comfortable and cleans up easily. Retailing for $150, the sneaker will deliver in November to retailers including Kith in New York, and also will sell online at Genericsurplus.com.

The collection will include four unisex designs — the iconic Pampa Oxford, Hi and Baggy styles — all featuring the artist’s signature camouflage design.

Ong, who has also partnered in the past with Nike and New Balance, said the Palladium project gave him the chance to explore his roots. “I was excited to have the opportunity to collaborate with Palladium, as the classic military boot silhouettes reminded me of my time spent in national service in Singapore,” he said.

The boots are set to retail from $70 to $90, and will deliver in March to Palladium flagship stores, specialty retailers and online at Palladiumboots.com.