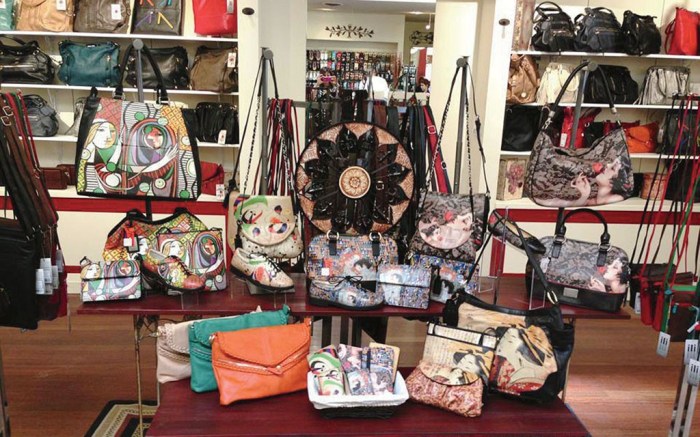 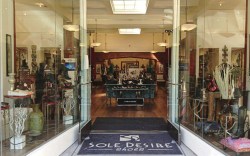 Sole Desire is setting off a chain reaction. The California-based comfort retailer opened a 6,000-sq.-ft. flagship in Burlingame in November, bringing the chain’s count to 13.

“Our concept is to be the ultimate women’s fashion-comfort store,” said Dave Astobiza, president, who runs the family-owned footwear and accessories business with his brother Danny, CFO. “We’re trying to be the one-stop shop for women.”

Founded in 1990 by the Astobizas’ parents, Mary and David, who opened a Birkenstock Shoe Park in Santa Rosa that featured a range of comfort brands, the chain continues to expand its footprint in Northern California. Since 2009, Sole Desire has rolled out nine stores, turned two existing locations into superstores and moved into a 4,000-sq.-ft. office and warehouse space in Santa Rosa.

The new flagship, the retailer’s second store in Burlingame, is located in the heart of the Silicon Valley, home to numerous technology companies and their high-paid employees. “Burlingame is a dressier version of our other stores,” Dave said about the product mix. “We can sell a Cobb Hill shoe along with Thierry Rabotin, Taryn Rose and Pas de Rouge.”

Sole Desire’s original site in Burlingame is located a few blocks from the new store. However, when the old 1,200-sq.-ft. location could no longer house the inventory necessary to serve increasing consumer demand, the retailer expanded. “Once you get north of $1,000 a [square] foot in sales, it’s hard to warehouse product,” said Phil Aved, special projects officer. “The store had to be filled in every day.”

The flagship’s larger format also has allowed the firm to expand its accessories business, which accounts for 15 percent of sales. Overseen by Dave’s wife, Michele, and Danny’s wife, Anicia, the accessories offering includes handbags, hosiery and insoles.

Across its locations, the retailer stocks more than 60 brands, including Arche, Taos Footwear, Spring Step, Earthies, Dansko and Arcopedico. “Cobb Hill is a new player, and we’re enjoying that ride,” said Danny. “Our Bernie Mev business has been strong. We sell thousands of those shoes. They’re our lowest priced, at $70 to $90. They’re fun, colorful and sell to all age groups.”

While Sole Desire attracts customers in their 20s to 70s, the chain has homed in on the affluent baby boomer market. According to the Astobizas, nearly half of all sales are multiple-pair purchases. “When you have 60 brands and a [variety] of categories, you have people coming in every two or three weeks buying different [things],” said Dave.

When it comes to merchandising, the retailers shy away from promoting individual labels. “We display everything by category,” explained Dave, adding that the strategy instead promotes Sole Desire as a brand. “It gives everybody a fair chance. The best shoe wins.”

Similarly, Dan Simas, GM for Simco, the U.S distributor for Arcopedico, said that label gets multiple exposure in the chain’s bigger stores, leading to more opportunities to be singled out by consumers. “They can be shown in four or five areas,” Simas said. “If a customer doesn’t see us in one area, they can [spot] us in another.”

The Astobizas also seek out niche players with more-limited distribution.

“[Bigger] commercial brands do [much] of their business on the Internet,” said Aved. “[Smaller] brands are very desirable, but don’t do as well online due to their lack of familiarity. Our business is geared toward smaller companies offering unique product.”

As the family rolls out new stores, the focus remains on lifestyle centers and trendy downtown areas where they can be positioned on high-profile streets. “When we look for locations, we look for nice restaurants, higher-end clothing stores and parking,” said Dave. “We have lots of impulse shoppers.”

The retailer also has taken advantage of the current real estate market. “We take over spaces when other stores vacate,” said Dave. “We [also] look for landlords that [believe] we are meaningful. We look for a win-win for everybody.”

Having successfully carved a niche in suburbia, the Astobizas are now contemplating a move to the big city. “We’ve had our eye on San Francisco several times,” said Danny. “[However], it would have to be the right [location]. Our whole business is built on opportunity.”